Turkey’s protests continue since days over a public space reconstruction plan. As aggression grows, questions arise whether Taksim will be the new Tahrir.

A few days ago, a governmental decision on the development of a park and to redevelop a public open space sparked public unrest in 48 major cities all over Turkey. Such a wide-scale unrest was far from predictable over an issue such as a public space, but the harsh reaction of the police was even more surprising, stirring the public anger even further. Now Turkey’s protests continue as popular unrest doesn’t seem to lose its fervour.

The protests seemingly developed into a rather wide-scale anti-government protest, and incited a lot of reactions from the politicians of Turkey, whether government or opposition figures. The protests go on for three days now, leading to a steep drop in Turkey’s main share index, Borsa, which tumbled as much as 8% by Monday, decreasing the value of the Turkish lira.

Moreover, the anger of the initially peaceful crowd is only exacerbated by the exaggerated police reaction, which fired tear gas into the mob and attacked protestors with water cannons. Several people are reported to have died in the clashes, and there are so many more hurt and hospitalised.

Speaking about the event, Prime Minister Erdogan blamed the extremists for inciting the protests, mainly the opposition party CHP (Republican People’s Party). The CHP on the other hand denied any role in the demonstrations. Moreover, he referred to foreign links behind the uprising being investigated by the Turkish intelligence. Political clashes go on between the major elements of the political scene, Erdogan apparently blaming his opposition for sparking the rebellion, while Erdogan’s opponents and critics blaming him for not being true to the democratic principles, and they do not miss any opportunity to point out the outstanding aggression of the police in oppressing the protests.

While an increasing number of people starts referring to a Turkish Spring as the spill-over of the Arab Spring, Erdogan clearly refuses the rightfulness of this notion, saying that whoever speaks of a Turkish Spring do not know Turkey. Effectively, Erdogan remains by far the most popular politician in Turkey, despite the current disapproval of the public space reconstruction plan, and the recently implemented restrictions on alcohol and the public expression of affection.

Analysts equally point out that Erdogan is a completely democratically chosen leader, governing by the will of the Turkish people. Yet they add that Erdogan has not been as politically inclusive as democratic principles would have demanded, and he’s been a little too harsh on his critics and opposition. Although many immediately refer to the Islamic basics of his AK Party, the religious reference is of less interest in the current uprising. It remains to be seen, then, if Taksim will be the next Tahrir.

Does this development really surprise anyone?
byTUT Staff

Hezbollah’s assets are to be frozen

The European Union's decision to list the group as a terrorist organization means that Hezbollah’s assets are to be frozen, and have other implications.
byRenáta Janka Tóth 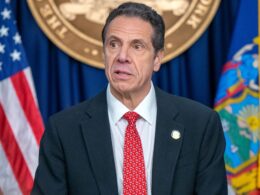 Cuomo’s team has yet to respond to the allegations.
byBien Luigi

The NYPD Commish will not be going along with Trump's immigration plan.
byTUT Staff