No more AFC vs. NFC as the NFL is giving the Pro Bowl a makeover.

Roger Goodell wanted to scrap the Pro Bowl entirely. The players begged for Goodell to not take away their annual vacation to Hawaii. Goodell decided to keep NFL’s annual all-star game, but only under one condition.

Goodell wants to see more effort out of the players. According to USA Today, the last three contests saw lethargic defenses and blowouts. Changes needed to be made.

The NFL announced Wednesday that they are revamping the Pro Bowl.

According to NFL.com, the game will no longer pit the AFC against the NFC. Instead, there will be a fantasy draft held on the Wednesday leading up to the game. The NFL has taken a page out of the NHL’s playbook, and will select two players to serve as captains. In addition, each player will be accompanied by a NFL Hall of Famer–one player will be accompanied by Jerry Rice and the other Deion Sanders–and two lucky NFL.com fantasy football champions. The draft will be televised on NFL Network on Jan. 22.

NFL.com reported that teams will consist of 43 players, and the kick returner will be replaced by an extra defender. They will not need a kick returner because the new Pro Bowl will be unlike anything you have ever seen before. There will be no kickoffs. Teams will receive the ball on their own 25-yard line after scoring plays and to start the half. A coin toss will still be used to determine which team gets the ball first.

Other changes for the Pro Bowl include shorter play clocks, two-minute warnings for each quarter, defenses will now be allowed to use Cover-Two and press coverages, Sports Illustrated reported.

The Pro Bowl lost its luster and became a snooze fest. Give credit to Goodell and the NFL for making long overdue changes to the game. Implementing a fantasy draft is a brilliant move. Next year they should get celebrities involved with the draft. Or, at least a cameo appearance from FX’s “The League”. However, Goodell should not have removed kickoffs. It’s sacrilege. Hopefully, it will be only a Pro Bowl gimmick, and not a permanent change.

The Pro Bowl will once again take place the week before the Super Bowl. The game will be played at Aloha Stadium in Honolulu on Sunday, Jan. 26.

Pacman and Floyd Mayweather Fight May Still Be On

The fight may still be on...
byBrennen Jones

The Charlotte Bobcats Finish with the Worst NBA Record

Has the great Michael Jordan got in way over his head with the Bobcats? Many seem to think…
byValaney 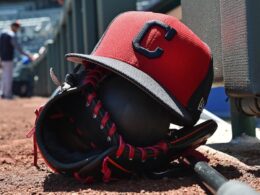