Major League Baseball came down hard on 13 players involved in a performance enhancing drug (PED) scandal, and the New York Yankees’ Alex Rodriguez received the stiffest penalty of all.

A-Rod didn’t receive a lifetime ban as some thought he might, but he still received a hefty suspension in the form of 211 games. The announcement came around 3 P.M. Eastern Time on Monday afternoon.

A-Rod’s suspension is slated to start on Thursday, which leaves open the possibility of him playing tonight. Despite the suspension, A-Rod is expected to appeal it immediately. He will also be allowed to play until his appeal is heard.

12 other players were suspended for 50 games each on Monday. All suspensions are without pay.

For the latest news on A-Rod and his suspension, please visit ESPN.

Apparently, there will also be a change in the new Friday Night SmackDown broadcasting team according to WrestleVotes and other WWE news sources.
byTUT Staff

We often here professional Athletes praise God for when they do well, but what to do when things…
byBrennen Jones 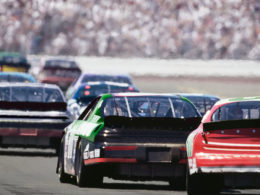 Floyd tops the list of highest paid athletes in 2015. A list which also includes the man he just recently beat, Manny Pacquiao, coming in at number 2.
byTUT Staff