Season 4 of Boardwalk Empire premiered September 8th and with much anticipation the show did not disappoint, he had the first sex scene and it stayed true to the nudity we all come to know and love from HBO. His character is now Chalky’s top hit man, and today he had his 1st Twitter Q and A!

Christina Jeter: What is something you like the audience to take away from you, the show and Dunn Purnsley?

Erik Harvey: I’m really only going to speak about my character and me as an actor. For me and playing Dunn, I think I would really love for the audience to take away a sense of fearlessness–being a person in this universe that’s unafraid to live his life and go for his or hers. As an actor, I would like people to just feel the joy of creating a character and be unafraid to experience the unknown. You know, I’m not writing it so I have no idea what the show creators have in their plans for Dunn. The joy of experiencing that is what I’d like them to take away from it from an actor’s point of view.

CJ: Is your character fictional or historical? If so, how did you prepare for the role?

EH: I think the name is fictional but I think the soul is historical. The character and the spirit of Dunn existed in those times as well as now. After I got an initial feel for the character, I actually looked towards Jack Johnson as a basis for his spirit, a sort of fighter with the spirit and strength that it took to not only demand his attentions, but also to demand the attention of the society around him.

Please visit the following link for the entire Q & A with Erik LaRay Harvey.

For more about Erik follow him on his social media at:

'Grand Theft Auto 5 (GTAV)' Sweepstakes! Enter For Your Chance to Win a Copy of the Hottest Game Out Right Now! 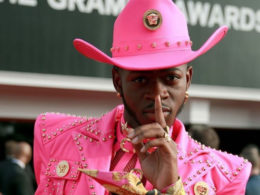 Nas’ diss is rooted in Doja’s insensitive tweets uncovered by fans after she was accused of participating in alt-right and incel chat rooms on Tinychat.
byBien Luigi

Mark Shapiro, the chief content officer of WME IMG (the company that owns the Miss Universe Organization), told the Jim Rome Show that he’d love to have the Family Feud host back next year.
byAmy Wesley 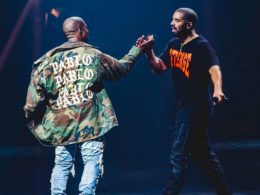 The mercurial producer also said he refuses to release any new music until he’s “done” with his current record contracts.
byBien Luigi

Ever wonder what guys really thought about the opposite sex? Get the scoop from 6 real life men and find out what's hot and what's not.
byLia Lahren