The Baltimore lose their slugger, Chris Davis, at the worst time.

The Orioles Slugger has been suspended for 25 games for testing positive for amphetamines according to an announcement made by the league on Friday morning.

Chris Davis, one of the most productive and popular players for Orioles, will miss the remain 17 games left of this season as the Orioles continue with their quest of clinching the AL East crown as part of the ban that will see him suspended for 25 games after violating Major League Baseball’s drug policy by testing positive for Adderall, a prescribed drug that contains amphetamine.

The suspension may also include a few games of the next season if the Orioles do not play more than eight postseason games.

Davis’ Suspension will see him join the list of absentees which include catcher Matt Wieters and third baseman Manny Machado, both of whom ruled out due to injuries.

Orioles outfielder Adam Jones was quick to offer support to Chris and assured him of their support and went ahead to say they will miss him as he was one of the important players in the teams line-up.

In a statement that Davis released after failing a drug test, the slugger apologised to the coach, teammates and the fans. He went ahead to say that he had accepted the punishment and will start serving the suspension immediately, and explained that he had permission to use Adderall in the past although he didn’t have a therapeutic use exemption (TUE) this year.

What If Shaq and Kobe Stayed Together? NBA2K15 Explores This 'What If' Scenario and Other Historical 'What Ifs' 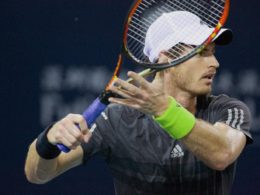 There are simply no words to describe this sex scandal. It just keeps getting worse by the minute.
by

Allen Iverson may be coming back from retirement and this time he may be playing an entirely different sport than basketball.
byBen