The winter snowstorm that has submerged parts of Buffalo, New York in as much as four feet of snow has turned deadly, killing six people.

The winter snowstorm that has submerged parts of Buffalo, New York in as much as four feet of snow has turned deadly, killing six people and inconveniencing hundreds.

Countless vehicles, including a bus carrying the Niagara University women’s basketball team, have been stranded for up to 24 hours as even snow plows get stuck in the treacherous snow fall. The storm has also been accompanied by high winds, which are responsible for the region’s freezing temperatures, dangerously thick snow drifts and decreased visibility.

The storm has been so perilous that it’s also killed six people. Three people died in the storm after suffering heart attacks, two from shoveling snow and falling ill to exhaustion. The fourth individual was pinned by a car while trying to propel it out of the snow, and a fifth person was found buried in his car after rescue crews failed to get to him on time. And, in Genesee County, an employee passed away while operating a high-powered snow-blower.

So far, the New York National Guard has been deployed to help the Buffalo area dig itself out of the snowstorm. As much 150 vehicles, many still filled with drivers and passengers, are said to be stranded on snow packed highways. Among those deserted were 25 players of Niagara University’s women’s basketball team and their coaches. According to ABC News, the players got so thirsty and hungry waiting for help that they drank melted snow and rationed snacks like granola bars and pretzels. They were eventually able to leave the bus and get help at a nearby police station early this morning.

The lake effect snowstorm could last well into the end of the week, with snow coming down at a rate of four to five inches an hour. Those hardest hit by the storm could end up with as much as six feet of snowfall by Friday. Because lake effect snow is not distributed over a wide area though, some towns may escape unscathed with just a light dusting of snow or a few manageable inches.

Racing winds and icy roads have also caused school closures and municipal operation delays as a record-breaking 70 inches is expected to cover the area by the end of the week.

In Arizona, You Have to Pay to Visit Your Loved Ones in Prison

In Arizona, crime doesn’t pay, unless you’re on the other side of the law. Arizona instituted a new…
byBrennen Jones

Mac drops another single and gears up for the release of his mixtape, Best Day Ever, which is…
byBrennen Jones 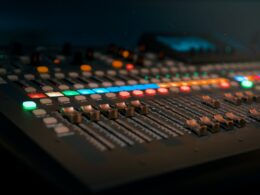 5 Ways to Break into the Music Industry

Whether you’re an aspiring musician, talented singer-songwriter, gifted dancer or a brilliant producer, you’ll be looking for ways…
byTUT Staff

At least 16 people were killed in desperate stampedes for government jobs in Nigeria when hundreds of thousands were invited to apply for fewer than 5,000 positions.
byPascal Mnyika