Apple Music will soon go head to head with the likes of Spotify, with a cheaper offering.

After acquiring Beats in 2014 for an astronomical figure, Apple will reportedly debut a new streaming music service this June.

The service is expected to be an updated version of Beats Music with iTunes branding and tighter integration with Apple’s devices and software. Sources say it will be offered on multiple platforms and retain the personalization features offered with Beats initial streaming platform.

Apple is reportedly going to offer the service for $7.99 per month, an attractive offer compared to competitors Spotify and Rdio, who offer streaming services for $9.99 per month. Along with potentially cheaper pricing, another advantage for Apple is its massive install base. While Spotify recently hit 60 million users and 15 million paying customers, Apple could push its music service to hundreds of millions of iPhone, iPad, and Mac users.

With somewhere around 800 million credit cards on file, thanks to iTunes and the App Store, Apple is just a few clicks way from turning curious listeners into paid subscribers.

Spotify may be in some trouble. 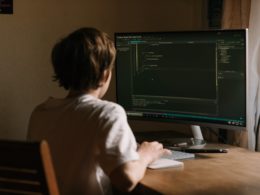 Hello, developers! Whether you want to represent your personal brand or want your business to have its website or an application - you'll always come to different development companies.
byTUT Staff

Why my iPhone 7 Plus (PRODUCT) RED is the Apple of my eye.
byChristina Jeter

Apple Watch: What does the future hold?

With a Series 4 Apple Watch probably on the horizon, Dan Moren steps back to ask what Apple's roadmap for the smartwatch looks like.
byBrennen Jones