Jennifer Lawrence will be leaving ‘X-Men’ after its next installment.

Since the release of the first Hunger Games film back in 2012, fans were aware that Jennifer Lawrence’s courageous Katniss Everdeen would inevitably run its course through the three-part book series turned hit movie franchise. In regards to her role as Mystique in the X-Men prequels, there was no telling when 20th Century Fox would be parting ways with the blue-skin vixen.

Lawrence recently spoke about the issue to MTV at a red carpet event. The 24-year-old actress bluntly disclosed that next summer’s highly anticipated X-Men: Apocalypse will be the “last one” where she’ll be taking it off and slathering on the blue body paint.

This may come to a surprise to X-Men fans, especially since the last installment was able to reset some of the creative blunders from the franchise, infusing new life and offering endless possibilities to the film series. Also, Lawrence’s take on the iconic villain was generally praised by critics and fans alike. Nevertheless, Lawrence is no one-trick pony. Unlike Kristen Stewart and Daniel Radcliffe, who also starred in hugely successful teen franchises, J-Law has proven that she has the acting range to earn critical recognition and pull in impressive box office figures. If anybody is feeling blue about the news, it’s definitely Fox.

Then again, it is Hollywood we’re talking about, and nothing there is ever written in stone. At one point, Tobey Maguire was all-set to reprise his role as Spider-Man in a fourth installment to Sam Raimi’s series, but certain factors led Sony to reboot the franchise instead. Considering that Lawrence is only contractually obligated to crank out three X-Men films, in technical terms, she will be relieved of her supervillain duties by the time Apocalypse hits theatres. Lawrence could always sign a deal to extend her presence in the X-Men universe if Fox were to make her an offer.

Only time will tell if Fox decides to cough up the goods and keep the A-lister around. The studio has proven to be flexible with the starlet in the past. For Days of Future Past, Lawrence got to wear a body suit which shielded her skin from irritants and significantly reduced her time in make-up. Then again, perhaps it’s the bothersome task of getting into character that would discourage her from pursuing the role any further.

If the Oscar winner does leave the franchise, this could allow Fox to bring in other iconic characters from the massive pantheon of mutants, and besides Apocalypse, Fox already has three scheduled X-Men spin-offs for the next two years. Furthermore, Lawrence is set to collaborate with directors Steven Spielberg and David O. Russell on separate movie projects.

Saying good-bye is never easy, but both parties are on a path headed to bigger and hopefully better things. Audiences can catch Lawrence liberating Panem in The Hunger Games: Mockingjay-Part 2 on November 20, 2015 and fighting for mutant kind in X-Men: Apocalypse on May 27, 2016. 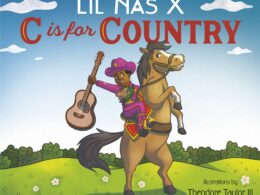 Lil Nas X explained that he dedicated this book to his nieces and nephews and wanted to instill in kids that they can do anything.
byBien Luigi

It looks like Tyra is adding another title to her already illustious and crowded resume’.  She has now…
byBrennen Jones

Two weeks into 2017, Chris Brown and Soulja Boy's feud evolved from a social media spat into a highly publicized boxing match. Only time will tell if the fight actually goes on.
byDejah Wansley