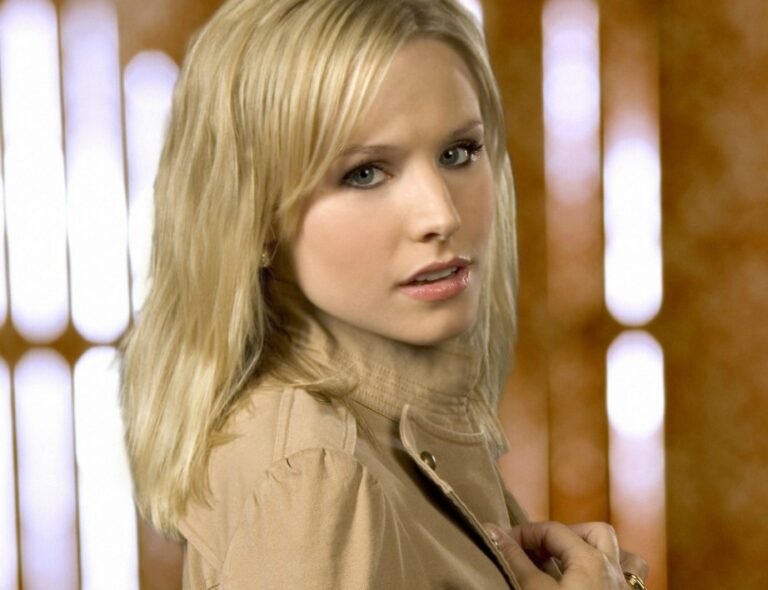 Comic-Con News: Could Veronica Mars Make Yet Another Triumphant Return?

Since that glorious day over two years ago when our favorite girl detective kickstarted her way back into our lives, we’ve gotten a theatrical feature and two novels. While making the rounds promoting iZombie at San Diego Comic-Con, show creator, Rob Thomas spilled the beans to TVLine on yet another possible comeback for Veronica Mars. Just as we’ve seen with the recent limited series returns for other favorites like 24, X-Files, and Twin Peaks, Kristen Bell and Rob Thomas would bring back the lady sleuth to the small screen for limited run.

Obstacles? Bell and Thomas have the enthusiasm for it, but they are both currently tied up in on-going projects consuming their time. Thomas has iZombie ramping up for its second season, and Bell is still busy with House of Lies over at Showtime. It could be a few more years before Thomas and Bell could make it happen. What do you think? Ready to see Veronica and Co back in Neptune solving mysterious doings?  Oh, and while they’re at it can Kristen Bell and real-life husband, Dax Shepard, head on over to Netflix or Amazon to expand those awesome Samsung ads? They are friggin’ adorable. My body is ready for it all!

In the meantime, if you haven’t already, do yourself a favor and check out Thomas’ iZombie. A completely new take on the whole zombie thing. I caught the first season and talk about mind-blowing. Newly zombified, Liv Moore (love her name), takes a job as a coroner’s assistant to feed her new hunger. She ends up teaming up with the local police for some Mars-esque sleuthing. The CW is currently running re-runs of the first season. Catch up and get ready for season two’s premiere on October 6, 2015.

Hit the comments! Ready for Veronica Mars to get back to work on the small screen? What returning show are you looking forward to most?