Bill Cosby has repeatedly committed the ghastly crime of drugging and raping women, but that doesn’t mean we should neglect the Cosby Show.

Sadly, some people continued to defend Cosby during this career-destroying time, but after his name became less popular among the general public, he admitted drugging women into sex. At least the debates and the “they’re lying about being raped so they can get money” can stop now.  Even more unsettling is that the use of drugs to get women in bed was just the surface of his strategy.

On one known occasion, Cosby gave ten thousand dollars to one of his victims. He admitted that he wanted to keep the payments away from his wife – so basically he paid his victim to keep quiet and was cheating on his wife.

Additionally, it’s safe to say that he used the silent-money tactic with multiple women.

The Broken Legacy of Bill Cosby

While this controversy matured and after he admitted his guilt…

Now, backlash like this is expected when someone sexually assaults dozens of women. Sadly for them they can’t get proper justice for being raped. On top of that, TV Land, a network that airs old shows on a regular basis, dropped the Cosby Show. Their choice of not airing the show isn’t unreasonable, but I do not agree with their decision.

Before his criminal and unethical actions became public we associated Bill Cosby as the face of the beloved show, The Cosby Show. The show was truly groundbreaking, an industry first and is crowned as the best Black sitcom ever. It redefined what a Black person in the United States of America could accomplish.

Restrictions of what a Black person can achieve were greatly loosened. A whole generation saw this positive portrayal of the result of ambition and hard work. It was refreshing and an inspiration to millions.

Unmistakably, It’s clear to see that his actions (and the continuation of them) were/are vile to say the least. However, the show still stands as a major cultural milestone in Black T.V. and the television industry in general. The positive impacts of this show can’t be denied, nor should the show itself be neglected or stifled because of a cast member’s controversy.

Author
Imani King
I'm a black, young, female Pisces in the Beyhive. My passion for writing is expressed through politically powerful poetry and creative short stories. I love to follow, read, discuss, and analyze politics. On the other hand, black sitcoms and reality TV (yes, like Bad Girls Club) are my favorite TV genres. Today's Hip Hop can never compete with Old School Hip Hop - this is a fact. Yeah, that's about it :)
Previous Article

Sound of Summer: “Watch Me” by Silento 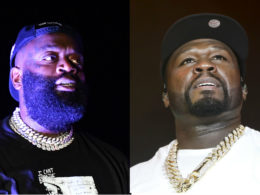 He’d be willing to do it on one condition: 50 has to promote Wingstop and Luc Belaire to his 26 million Instagram followers.
byBien Luigi

Perry spoke on the social media backlash to the Associated Press "That's totally reverse racism, because it was coming from African-American people," said Perry.
byMelony Hill

Usher claims that he may not be the daddy to his youngest son.
byBrennen Jones