My Love/Hate Relationship with Drake

Drake is constantly reinventing himself and it’s not for the better. Will Drake ever go back to being the man that I once loved?

I have a love/hate relationship with Drake. “I’m more than just an option..hey hey hey.. refuse to be forgotten…hey hey hey.. I took a chance with my heart…”  The lyrics to this song gave me the sentiment that Aubrey and I were already well on our way to being personally acquainted. Drake’s transition from Canadian television to urban American music was an easy one by entertainment standards. His first few singles gave me everlasting life. I loved seeing a brother in the industry display his vulnerability openly and without giving a damn if he was deemed soft or tender.

He, truly, wore his heart on his sleeve.

Aubrey Drake Graham was the poster boy for the men who are the proverbial nice guys.  He had “Trust Issues” and he was just saying that we could do better ( See what I did there?).

Needless to say, I became an avid Drake fan. When he released “Take Care” with Rihanna, I was attempting to recover from an extremely traumatic breakup and he sang everything that I wanted to say but couldn’t.

On the other hand, his rap songs pissed me off to no end. How can he be this seemingly emotionally intelligent human being and his rap songs are the status quo of mierda?

I rocked with Drake because he was the sincere guy in a sea of asshole urban artists. He dated regular girls with chichos and I was here for all that. He liked sisters and that made me love him even more. Now, he’s all involved with twitter beef, fighting in clubs (doesn’t he have bodyguards?), checking for Instagram models and just not giving a fuck.

I did get a reprieve from the bull when he released “Just Hold On” but that lasted for all of two seconds. He had his eye on me and then he’s on one again. All of this not giving a fuck has taken its toll on me and I am fed up.

I wonder if Drake thinks about what he is losing when he is posted up in photos with big chains and liquor bottles. He could have been different. He would’ve been what Kanye wants to be. I guess we will never know what could have been so I guess I will turn to The Weeknd instead. There’s nothing like “Crew Love”. *insert snarky grin* 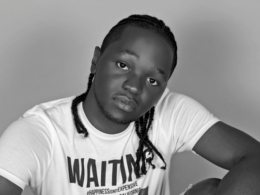 Edidion – one name, one vision: The singer from London, UK, cooked up R&B music in England’s underground…
byDomingorich 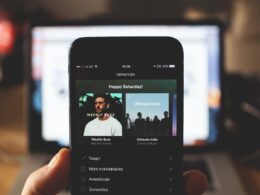