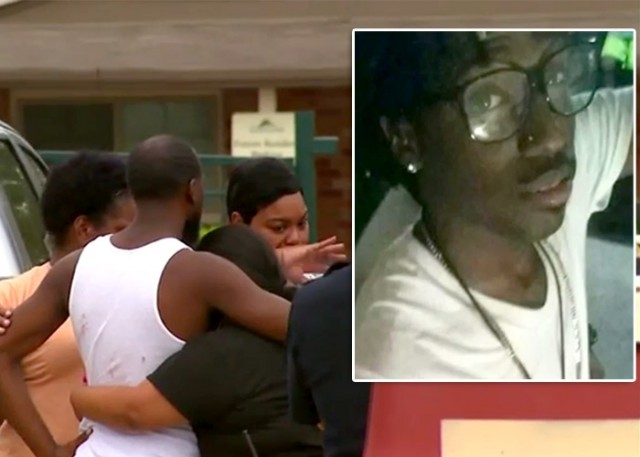 In what can only be described as a horrific accident, the family of Deleon Alonso Smith is devastated at his recent death, accidentally, and by his own hand.

The teen is said to have been playing around when he picked up a gun he thought was unloaded, with plans to take a selfie for Instagram.

The gun went off and caught the young father of two in the throat. His cousin was in the other room when the gun fired.

“It’s a numb feeling. It’s still unbelievable,” Smith’s grandmother Alma Douglas said. “Yesterday was my birthday and he came to wish me happy birthday, and then to hear this kind of news.”

The incident happened on Tuesday, at the 19-year-old Smith’s apartment, according to police, who say that “according to a witness, the victim was handling a gun he believed to be unloaded. The gun then discharged and the victim was struck in the upper body. The investigation is continuing, with no charges filed at this time.

Such a sad situation, and a weird way to go.  We definitely offer our condolences to the family.