The new Star Wars movie is coming and so are the racist internet trolls, who seem upset at the fact that a Black man has been cast in one of the lead roles.

The release of the new Star Wars trailer has been met with excitement online except by a small group of Twitter users who called for a boycott of the upcoming sequel, claiming it to be “anti-white propaganda”.

The hashtag #BoycottStarWarsVII was started after trolls were angry over the casting of black actor John Boyega, claiming the film was promoting “white genocide”. The same user also referred to director JJ Abrams as a “Jewish activist”.

What nonsense is this?! These trolls were obviously looking for attention and probably had nothing else better to do. And now they have received that attention through posts like this. Well played trolls, well played.

But since the movie is going to premiere regardless, I think you lost. And the hashtag that started trending, the hashtag you thought was going to lead to this movie being boycotted, well other users has taken control of it and the majority of the tweets are now calling out the bigotry behind your initial creation.

#BoycottStarWarsVII folks,
Lemme get this straight:
Wookies, Ewoks & Droids are fine but a BLACK PERSON is a problem?
Go home.You're Drunk.

This hashtag has now led to a series of positive tweets, highlighting and praising the diversity of both the cast and the fanbase.

It’s not the first time that the casting of British actor Boyega, best known for his role in Attack the Block, has caused ire amongst a certain group of fans. Questions over the legitimacy of a black stormtrooper led to Boyega himself calling the reaction “prejudiced.”

“I’m in the movie, what are you going to do about it?” he told V magazine. “You either enjoy it or you don’t. I’m not saying get used to the future … [it] is already happening. People of color and women are increasingly being shown on screen. For things to be whitewashed just doesn’t make sense.”

The trailer for Star Wars: The Force Awakens has already had over 4m views. Yesterday also saw online ticketing open for the film and lead to the crashing of a number of ticket booking sites, due to overwhelming demand.

Bloggers Wanted: Get Paid to Write for The Urban Twist 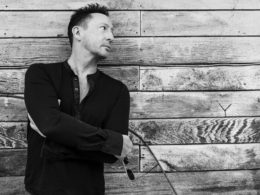 Sony To Develop Superhero Short The Flying Man Into A Feature Film.

Sony studios have revealed they are going to develop Marcus Alqueres' short film The Flying Man into a feature film.
byStu Greenfield