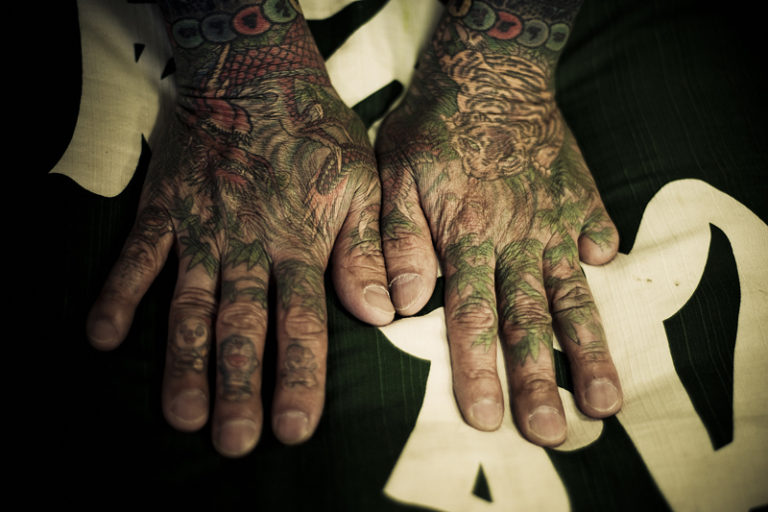 After being released from prison in 2011, Kenichi Shinoda, Yamaguchi-gumi boss of the Japanese yakuza, took an impressive 4 years to fly under Japan’s Financial Services Agency’s (FSA) radar. He now faces tax evasion charges after an internal split amongst the yakuza.

Kunio Inoue, a leader of the new faction Kobe Yamaguchi-gumi, has obtained documents that could incriminate Shinoda of tax fraud. Inoue was dissatisfied that he and his rebel counterparts had to hand over earnings to Shinoda and other yakuza leaders alike. Civilians, city officials and the police are preparing for a gang war that could endanger the lives of mainly civilians.

The FSA combed intricately through yakuza spending and have given leaders a deadline to report what they knew, and how they got around the Organized Crime Exclusion Ordinance, which was activated in 2011. But with all the new rules, yakuza went further underground, with nearly untraceable evidence.

Yakuza syndicates generally offer their protection to small businesses such as bars and restaurants by throwing out the rowdy patrons. The businesses either peacefully comply, or they are shaken down and harassed until they comply. The Yamaguchi-gumi sector of the yakuza has dealings with a large number of influential companies and side businesses, and if Shinoda is found guilty, then Japan’s economy could crumble. According to the Organised Crime Exclusion Ordinance, if a business is caught consorting with any facet of yakuza, then it will be blacklisted and face monetary fines or jail time. The purpose of the ordinance is to hit yakuza where it hurts: from the lower level(s) in order to reach the top. However, there is no law that labels the yakuza itself as illegal. Yakuza businesses range from the corporate world such as construction or finance to drug and human trafficking, money laundering, and prostitution. But the yakuza has also aided in natural disaster relief during the earthquake and tsunami, ironically the same year the ordinances were set into place.

Yakuza members receive traditional and ornate tattoos all over their bodies, but are also almost always donned in business attire, usually a suit, so it is hard to determine whether or not one has encountered a member. However, yubitsume, or finger shortening, is the quickest way one can determine whether he/she is in the presence of a yakuza member. When a member has committed an offense, he must cut off a piece of his own finger, starting with his pinky.

Because of both fears of the yakuza and the ordinances, businesses are less likely to hire a man missing his digits. There are prosthetics for ex-yakuza that want to go straight to cover the nubs, but they come at the cost of $1,500 a finger and cooperation with police.

So are yakuza leaders using their ex-foot soldiers’ lack of pinkies as repayment for monetary losses because of the ordinances? More to come as the story develops.