The Lack of TV’s LGBT Racial Diversity According to GLAAD

LGBT representative body GLAAD publishes it's 2015 report, and suggests the diversity of characters on TV is severely lacking.

GLAAD was formed in 1985 and works to build and ensure the LGBT representation within the media in America. The organisation works with the entertainment industry to bring accurate and diverse representations of the LGBT community to both the big and the small screen. Each year GLAAD puts together the Where We Are On TV report which investigates the representation of the LGBT community on TV in the upcoming year. The 2015 report highlights that although as a society we may be making steps to improve on equality and acceptance, within the land of TV there is quite some way to go. Specifically, when it comes to the integration of transgender characters into mainstream TV shows and in the racial diversity of the LGBT characters that are represented.

GLAAD found that out of 881 regular characters on broadcast networks (ABC, CBS, the CW, FOX and NBC) only 35 characters are LGBT. Shockingly, this is an INCREASE based on 2014’s 32. This equates to 4% of all characters being LGBT, a meagre one-tenth of an increase on last year’s findings. GLAAD also found an additional 35 recurring LGBT characters, which barely softens the blow. As was found last year, gay male characters make up the majority of the LGBT representation on the broadcast services, making up 47% of the overall LGBT characters. Whilst this decreased by 7% on last year’s numbers, lesbian characters increased by 5% to 33%. Bisexual representation also rose 2% to 20%. GLAAD disappointingly reported that there are zero transgender characters on the broadcast networks upcoming primetime programming.

In terms of inclusive shows, The FOX network’s series Empire was highlighted as the most inclusive programme including several LGB characters. The superhero genre was also highlighted as having improved its LGB diversity, offering the bisexual Sara Lance in Arrow as well as gay hero Mr Terrific. Marvel’s Agents of S.H.I.E.L.D on ABC will introduce Joey Gutierrez, a recurring gay character. It was, however, noted that the overall superhero genre (TV and film) is significantly lacking in LGBT diversity.

As with broadcast services, the LGBT representation is lacking severely in racial diversity, with 71% of the characters being white. 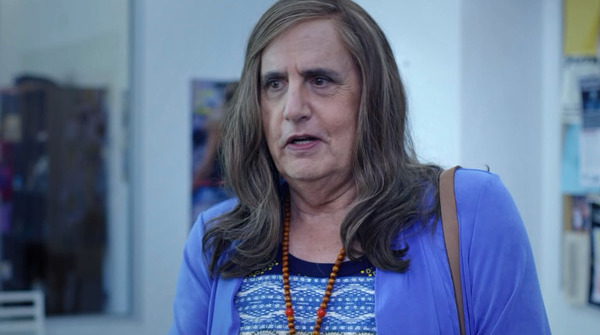 Amazon comedy Transparent was remarked as having both an impressive on screen and off screen diverse LGBT presence, including writers crew members and actors. Hulu’s most inclusive shows are British soap operas Hollyoaks and Coronation Street, with Hollyoaks including an HIV-positive character. Netflix has the most LGBT diverse show of any included in this report in the form of Orange is the New Black. Shows such as House of Cards and Wet Hot American Summer: First Day of Camp also display LGBT characters.

As with broadcasting and cable services, the racial diversity of the LGBT characters in the streaming service is very disappointing, with 73% being white.

Whilst the report does highlight a distinctive representation of LGBT characters within all three areas of television broadcasting, there are significant lapses the diversity of those that are represented. Gay males are represented strongly, yet bisexual males suffer significantly. The transgender community has an appalling level of representation within all of the areas that are looked at, and the racial diversity of the LGBT characters needs vast improvement.

Rather than show how diverse society is becoming in terms of attitudes and acceptance, this report shows how misguided we may be. Are we as accepting as we thought we were if we are not viewing these communities as something that should be included in everyday entertainment? And even when they are included, are they represented as fairly and as realistically as they should be? GLAAD’s findings suggest we have a long way to go in that regard.