An intro to four Instagram guys whose fashion sense keeps them forever fly.

Living in a world where the perfect selfie angle and the right hashtag is all it takes to make someone a star, Instagram has become a springboard for internet instafame.

We tirelessly scroll through post after post, liking and reposting and screenshotting — Is it ‘screenshotting,’ or ‘screenshooting’? That’s a real question. I don’t know. Whatever. — our favorite Grams to share with a friend later, or to serve as inspiration for our next fashion fantasy.

We jump for joy when our own posts get a certain number of likes, and even I feel some sort of accomplishment if I see that a GQ Insider liked my #OOTD. Instagram is fueled by the world’s insatiable desire to know what hot RIGHT NOW.

To start off my #TheUrbanTwistAndShoutOut series, here are just a few fashionable fellas who have made it work for them… 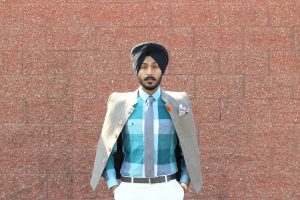 Combining western pieces with his middle eastern culture, Maniani is the epitome of the best of both worlds. Running the gamut from graphic tees and ripped up jeans to slim fit suits with comparable cravats, Karamjit shows you just why GQ has made him one of their Insiders. While he’s in the process of rising through the ranks to assume his place on the instathrone of instafashion, he’s sure to never forget his crown: the signature Sikh turban 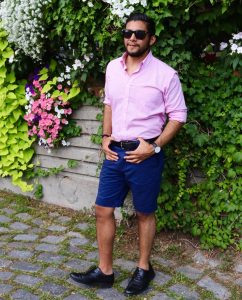 Another GQ Insider to don this list, Diego defines what it means to be a modern-day dapper dan. He effortlessly pairs professional pieces — wingtip shoes, strapping suspenders, and knit neckties — with weekend wear — graphic tees, denim jackets, and sock-less swag — giving way to a fashion fiesta that is all his own. Dapperly dandy in el Bronx, Diego doesn’t just dare to be different; he just simply dares to be. 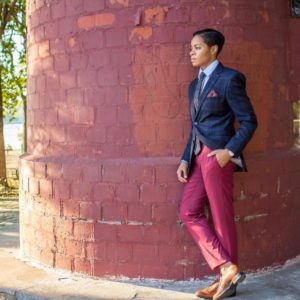 Artistry and androgyny join forces to skyrocket this Instagram star right into orbit. Danielle’s domination of male fashion makes her a force to be reckoned with among the likes of fashionable fellas who these clothes were actually intended for. She’s suave in a pinstripe suit just as soon as she is casually cool in a cashmere sweater and chukka boots. The lady is a gent, and you can’t stop her. 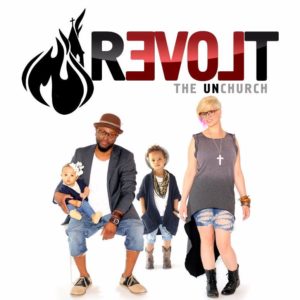 A quick-witted family man with enough instaquips to keep us entertained for months, Anthony Quinn McPherson rounds out our list. With a photo post and a caption to catch it all, he invites us daily into a behind-the-scenes look at his irresistible melting pot of a family: Brittany, his white wife whom he never hesitates to playfully remind that he is black and she is not; Quinn, his oldest daughter who is a pint-sized picture loving instaceleb with 53.1K IG followers herself (not to mention a role among the all-star cast of Barbershop 3, which is now filming); and Zoe, the baby McPherson, who steadily toddles in her sister’s footsteps with 9720 IG followers and counting (and she’s not even a year old yet).

Although his Instagram focuses on his family life and his Charlotte-based church — REVOLT: The UnChurch — Anthony is definitely the fashionable twist on this list. After all, it isn’t always your fashion that keeps you in style.

Author
Kent Olden
I am the Morehouse Man your mother told you to find. I am the Nupe who's Diamond always shines. I am the Mason who stands upright and Square. I'm a stylephile with style files, but NEVER anything to wear...In a perfect world, we all Wear Italian, Drink Scotch, Drive German, Dance African, and Kiss French.
Previous Article

How The Incredible One-take Fight Scene In The New "BadBoy" Movie was made?

Turning your Skin into an Interface with DuoSkin

Now anyone with videos on YouTube an make money through Google ads served on their videos.
byDaniel Mbure

How to Optimize Social Media to Kick Start Your Career

Depending on your strategy, social media can either be your best friend or enemy when trying to find a job or career that best suits you.
by

How Streetwear Seized the Fashion Zeitgeist

Embraced (and in some cases designed and manufactured) by artists like Kanye West, A$AP Rocky, and more, streetwear design has occupied an important place in modern fashion.
byTUT Staff