Terrorist propaganda and junior high school did not mix well for parents in Salem, Utah, this week.

According to 2KUTV, an unnamed first-year teacher at Salem Junior High School instructed her students to create terrorist propaganda posters. The purpose: “to help students understand the goals of terrorist groups and the methods they use to gain support.”

The details of the assignment called for students to pick “one of the terrorist organizations we discussed” in class and produce a “neat, colorful, professional” looking poster.

Mediaite notes the teacher was ratted out by an anonymous parent fearing his child “would end up on an FBI watch list for researching terrorist propaganda.”

Nebo School District spokeswoman Lana Hiskey added that “at least” four parents had called to complain. This prompted the district to cancel the assignment. However, the teacher will not be disciplined.

She was “just very enthusiastic and wanted students to understand that propaganda is not good,” Hiskey said. “We don’t want students going on the internet and looking up terrorist things.”

Even though the story has a happy ending for the teacher, many commenters online were not happy with the school’s decision.

“The teacher should be fired,” said one commenter. A second pointed out that for the students to really do the assignment justice, they would have to “dive pretty deep” into the dark web to get a sense of how terrorist recruiting methods work.

A recent article on Cracked bears out this logic.

Entitled “7 Things I Learned Reading Every Issue of ISIS’s Magazine,” writer Robert Evans points out how brutally honest ISIS is with its recruits.

“Most propaganda endeavors to make one’s enemies appear as ugly and brutal as possible while portraying one’s own side as shining and blameless,” Evans writes. “The Islamic State does not do this. For one thing, their fawning ads about various jihadis don’t show only happy pictures … they almost always include a picture of the man’s corpse.”

To bring home this point, Evans includes a NSFW screen cap that you can see by clicking the link below. Warning, though: graphic and not for the queasy of stomach.

Do you think the terrorist propaganda assignment went too far? Should the teacher be fired? 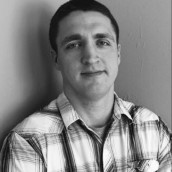 Aric Mitchell has been a full-time freelance writer for close to a decade. His work has appeared for The City Wire, Huffington Post, Inquisitr, and a number of other online and print publications. He also manages niche blogs for a number of clients and works as a SEO consultant for businesses looking to optimize their blog content. His novel "The Congregation" is available from Amazon.

Whitney Houston was #metoo, too

Extended Christmas Giveaway: Win a PS4 or Xbox One, the Choice is up to You!