The NFL confirmed that St. Louis Rams Wide Receiver Stedman Bailey was shot last night. Although the wide receiver took 2 shots to the head it’s reported that he is not in critical condition.

The NFL  confirmed that  St. Louis Rams wide receiver Stedman Bailey was  shot last night in Miami Gardens. Bailey, who was in the  car with his cousin and small children was shot twice in the head and his  cousin was hit multiple times and is facing life-threatening injuries. Although  the  wide receiver took 2 shots to the head it’s reported that he is in critical but stable condition.

He is scheduled  to undergo  surgery this morning ESPN has reported.

The St. Louis Rams issued a statement late Tuesday as the news broke.

We are aware Stedman Bailey was involved in an incident this evening. We have spoken with Stedman and he is in the hospital in critical, but stable, condition. We are gathering facts about the situation and will provide updates as we learn more.

Bailey was a third-round pick in 2013 out of West Virginia and his career has been plagued  with issues since.  Last year the league suspended him for four games for violating the policy on performance-enhancing substances. The suspension was later reduced to 2 games.

Bailey is also currently on   suspension for violating the same policy and is expected to return to the  game December 7th. 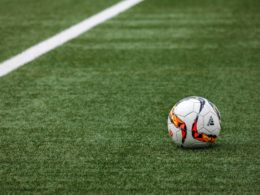 UFC officials have confirmed that Conor McGregor and Eddie Alvarez will face off for the UFC lightweight title at UFC 205 at Madison Square Garden on November 12th.
byMichael Daws

Now that Rousey's rematch with Holm is pretty much a done deal, she admits that if she loses again, it could be her last fight.
byTUT Staff

There was a time many years ago when students went to class, got educated, then either went off…
byTUT Staff