‘The Good Dinosaur’ Review: Pixar Takes Us On a Wild Ride ‘Inside Out’ This ‘Jurassic World’

Disney Pixar’s The Good Dinosaur builds itself upon the foundations of previous offerings and presents one of the most stunning visual experiences the company has ever released.

Disney Pixar can certainly do no wrong in 2015, especially when you consider the monumental success of Inside Out this past summer. While the dust finally begins to settle on the film that many are regarding as one the studio’s best, it pays to shift your attention towards their second big outing of this blockbuster year – The Good Dinosaur.

Looking to build upon the staggering success of Inside Out, and helpfully paved the way by Jurassic World in terms of making dinosaurs the in-thing once again, The Good Dinosaur sees the directorial debut of Peter Sohn, who also contributed to the story.

Sohn’s film follows young Arlo (Raymond Ochoa), an Apatosaurus who is one of three children to loving parents Poppa (Jeffrey Wright) and Momma (Frances McDormand), who are living in a world where the meteorite set to wipe out Earth’s existence actually missed its target.

As the family look to all pitch in to create a home that is both comfortable and able to feed them before the harsh winter arrives, Arlo soon finds himself on the sidelines somewhat as he is unable to earn his mark within the family. All too often afraid and unwilling to push himself beyond the little that he knows, Arlo soon encounters a tragedy close to home and is swept away into a world that is unknown to him.

Along the way, he meets a human in the form of Spot (Jack Bright), who loves to hunt and possesses a certain crazed nature about him. As the pair grow an unlikely friendship, they must band together to take on the dangers they come across as well as some friendly faces. Their ultimate goal; to return home to the ones they love.

The Good Dinosaur may admittedly be a culmination of a number of animated movies we’ve seen through the years, with its familiar find-your-way-home plot and formulaic growth in its key protagonist, but that shouldn’t take anything away from what is a thoroughly enjoyable experience.

First time director Sohn certainly knows what makes his audience tick and while he throws in plenty of fun and danger to have kids on the edge of their seats, there are a few nice, typically Pixar, nods to the elder of audience members. Whether it via a sequence in which hallucinogenic fruit plays it part or a possible show of love for Jurassic Park’s raptors on the hill scene, it’s a true treat for the whole family.

Where the film truly excels above all is in its absolutely exceptional presentation, delivering to us a stunning world filled with glistening rivers, lightning-fuelled skies and a true resplendence in its portrayal of nature. It could be argued that this is one of Pixar’s most beautiful pictures of their expansive catalogue and this also adds to the heightened emotion contained within.

That’s right, this is another of those Pixar films that will ultimately have you grabbing a tissue or two and shedding some tears. This is something that the studio cannot be faulted for in doing so efficiently and The Good Dinosaur once again solidifies that inch-perfect connectivity these particular films have with their audience.

Look beyond the hype for Inside Out and embrace Pixar’s second movie of 2015, and The Good Dinosaur will yet again see troves of people showing love towards this unstoppable animated machine. Featuring some wonderful voice performances, a spectacular visual experience and a true emotional core, this is another sure-fire hit.

Author
James Thompson
Emma Stone worshipper and Denzel Washington fan, my true passions in life generally reside within the world of film and television, while I also avidly follow my beloved Liverpool FC and unashamedly keep tabs on the WWE with great interest. Join me for the ride!
Previous Article

Saving the World May be Harder Than We Thought

Trina Wants to Adopt a Haitian Child Displaced By Earthquake

As the Hope for Haiti Now telethon has shown us recently, a lot of people are down for…
byBrennen Jones

Poker is popular with millions of people around the world, from amateur wannabes to immensely skilled pros.
byTUT Staff 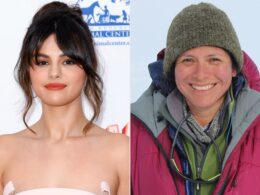