Saving the World May be Harder Than We Thought

Views on climate change are becoming more polarized. Which side are you on?

Science currently accepts the notion that carbon emissions are increasing, and humans are to blame. Although the scientific community accepts this reality, the political spectrum finds it hard to fathom. After all, we have been burning fuels for over two centuries and no one has been hurt, right? Wrong. The human lifespan is the longest thing we will personally experience but is relatively short compared to the age of the earth and the cosmos.

The unwillingness to accept scientific truth has been a human characteristic heightened over recent generations. As science and scientific evidence grows to new lengths, ignorance of the masses grows with it. Some stateside politicians may speak of the separation of classes, but the true separation lies in the intelligence of the educated and uneducated, alike.

Leading up to the long-awaited global climate summit in Paris, starting today, both China and India have initiated a cut of their projected emissions of carbon dioxide. This is a major step in the global green initiative. This assertion is strengthened by a remark made by Sen. Marco Rubio, R-Fla., at the second presidential debate, a significant Republican talking point: that it’s pointless for America to regulate carbon emissions because the rest of the world won’t go along. Maybe America can now jump on board. 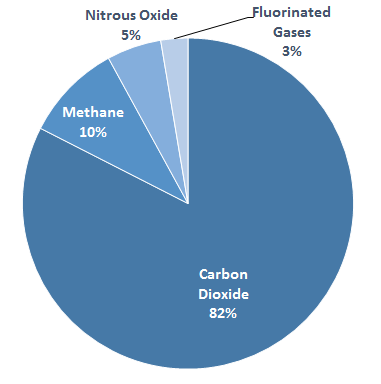 The above chart shows the distribution of greenhouse gases by type in the U.S. (EPA). Carbon dioxide, as one can see, leads all emissions. This is good news, as this is the easiest to measure and alleviate. Contributing to CO2 emissions would be the burning of fossil fuels since the industrial revolution and the deforestation of large areas. Carbon dioxide is odorless and colorless. Often, due to these restrictions, humans have a tendency to discredit the actual impact this gas haves on our lives. Greenhouse gases are contributing to the heating of our home, Earth. 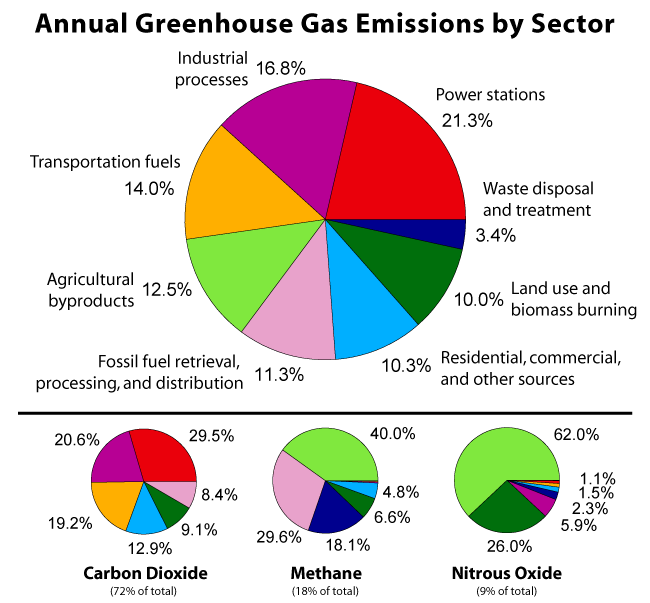 The selection above explains the sector emissions and accountability. It is important to understand where the changes need to be made in order to create a bigger impact. Climate change is a sensitive topic in the world and that does not stop with the United States. Many refuse to believe that we, as humans, could be responsible for this atrocity. Politicians, often in bed with oil companies, insist that this is all a hoax and that the earth is changing with climate cycles. While climate cycles are a thing, they are not noticeable in the lifespan of a human; these take thousands of years to unfold. It is important to understand that just because you refuse to accept something, it does not mean that the problem does not exist.

I will write an update article to recap the Paris summit.

'The Good Dinosaur' Review: Pixar Takes Us On a Wild Ride 'Inside Out' This 'Jurassic World'

A short history lesson as to why blackface is not ok.
byCarlitta Howard

PORT-AU-PRINCE, Haiti – Haiti’s government has declared the search and rescue phase for survivors of the earthquake over, the United…
byAssociated Press

Obama: We Should Learn ‘Impatience’ From Young Protesters

In a virtual town hall titled “Mental Health and Wellness in a Racism Pandemic.,” Obama said, “Those people out on the streets — that’s a sea change.”
byBien Luigi

Biggie Smalls said it best, to "never get high off of your own supply"...
byTUT Staff