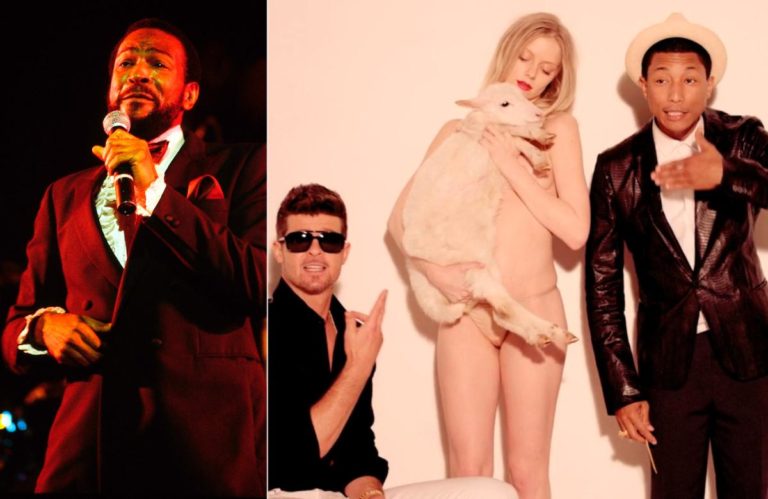 Think again, because the plot continues to move along!

Marvin Gaye III, one of the defendants in the case against the producers of the hit song, has just found out that his portion of the $7.4 million that was awarded to the children of Marvin Gaye and others will receive a significant pay cut, thanks to a lien filed by his baby mama.

Deanna Holly claims that Gaye III owes her more than $62,000 in back child support and so she has had an L.A. county court force him to hand over the money once he receives a check from the settlement.

There’s no blurred line when it comes to this matter, because Gaye will simply have to pay his child support before he can collect his settlement.