Rhonda Rousey still keeps her promise made to a Marine and attends the Marine Corps Ball as a reflection of being a true champion, even after a hard loss.

After what could only be described as a career altering loss, Ronda Rousey still fulfills her promise that she made back in September to accompany US Marine Jarrod Haschert to the Marine Corps Ball.

Although she admits that she is still pretty upset over the loss, as you can see in this interview From TMZ, it definitely shows the world that Ronda isn’t the type to let her pitfalls interfere with her promises to her fans.

Maybe getting out for an evening was a good thing for Ronda, because she does seem to enjoy herself in some of these pictures that were taken, and posted on social media. 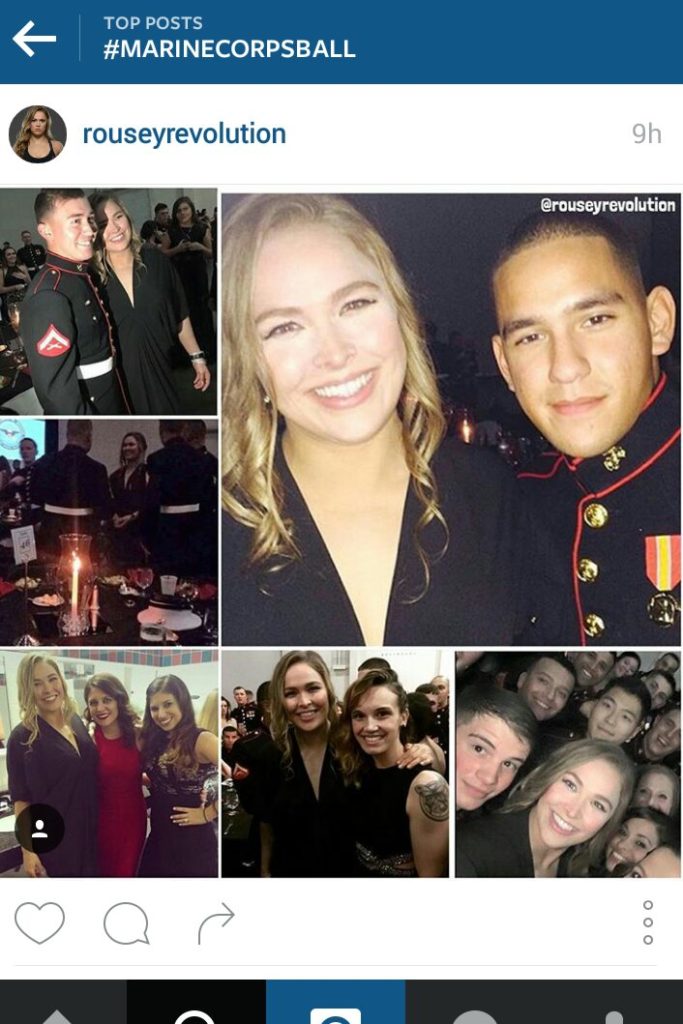 While fans of Ronda feel for her tough loss, you can’t help to applaud her for still upholding this promise. We definitely hope to see more of this, not just from her but hopefully other athletes. Good job, Ronda!

Why Are the Most Popular Sports Posters of Men?