Star Wars: The Force Awakens is just a little less than a day from a wide release. The Force Awakens has been 30 years in the making, and a lot has been going on in the Star Wars Universe. Diehard Star Wars fans have been given a glimpse of what to expect once they sit down in theaters on Thursday night. If you would like to skip all of the books and comics but still want to know what has happened to this point, feel free to read on.

‘Force Friday’ delivered more Star Wars merchandise than any one human being could afford. With it, fans received a number of books under the imprint Journey to Star Wars: The Force Awakens. Those titles consisted of three middle-grade novels, one young adult novel, and Aftermath, the first adult novel that takes place after the second Death Star is destroyed in Return of the Jedi.

Though the novels are a fun read, there is very little that jumps out as obvious hints for The Force Awakens. All of the stories prologues and epilogues seem to take place just prior to the events to The Force Awakens. While we get a glimpse of what Han, Leia, and Chewbacca are doing at the moment, there is nothing that screams it is going to be a big deal in The Force Awakens.

However, unless you are up on the toys and have read the books there is one thing that you might have missed. The antagonist in Weapon of a Jedi (who has Force capabilities by the way) looks strikingly similar to an action figure that has been released.

The young adult title Lost Stars is a little different than most fans is accustomed to in the Star Wars Universe. The book follows two friends who become lovers (yes, lovers) with different ideas of the Rebellion. It is told over the course of their lives. As for spoilers, if you want to know how the Star Destroyer from the teaser ended up buried in the Jakku desert, give Lost Stars a read.

Next, we had Aftermath written by Chuck Wendig. This is a head scratcher as to why it was even tagged as Journey to Star Wars: The Force Awakens. It is a trilogy, and the final two books will not be available until well after The Force Awakens is released. The only thing that I can figure is that a villain in the book may make an appearance in The Force Awakens, but it will be impossible to tell until after the second book is released.

Finally, after ‘Force Friday,’ Marvel Comics brought us the series Shattered Empire. There are mild spoilers here. The four-issue series follows Poe Dameron’s parents as they root out the remnants of the Empire after Return of the Jedi. We actually see a young Poe in the book which tells us he is quite a bit older than Rey or Finn. It also hints at a possible reason why he is trusted by a certain Princess.

That gets you up to speed on what you missed before you walk into the theaters Thursday. This only covers the Original Trilogy characters. If you would like to know a little about new characters in Star Wars: The Force Awakens like Maz Kanata played by academy award winning actress Lupita Nyong’o, you’ll need to check back tomorrow. Until then, May the Force be with you…a little longer. 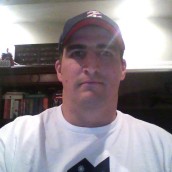 I'm a fairly well-rounded individual. When I am not with my family, I try to spend most of my spare time as far away from reality as I can. This explains why science fiction and fantasy are my favorite books, movies and television shows that I enjoy writing about. I dig comic books and sports (see well-rounded).

Review: ‘The Rise of Skywalker’ is an Extremely Divisive Way to Wrap Up The Star Wars Franchise

Darth Santa Is Worse Than The Grinch