#Artist Talk: Laura Reed’s Music Wakes You Up to Her True Talent

Laura Reed is an R&B/Neo Soul singer and songwriter who has captivated audiences around the world with her vocal prowess and energetic performances.

TUT: The music industry often likes to put artists in a box. Do you think that it’s been more difficult to obtain success as a Caucasian woman who sings R&B/Neo Soul as opposed to a genre that is “stereotypically fitting.”

LR: Its hard to say. Difficulties in this industry can come from so many different platforms, I did have to prove myself over and over again in the R&B world, especially when I was living in Atlanta and had a production deal at a heavily urban studio. I didnt mind. It kept me on my toes and true to the spirit of my music. I started to enjoy watching peoples stereotypes and preconceived notions of what I should sound like melt away. The thing about music is that it can be a very significant bridge and blur many lines. For 11 years, I had locs and in a way this alienated me from many worlds and gave me access to others.

Laura Reed is an R&B/Neo Soul singer and lyricist who has captivated audiences around the world with her vocal prowess and energetic performances. Even though Laura was born in South Africa, she has spent much of her life her in the states, splitting her time between Tennesee and North Carolina.

Laura doesn’t let labels and stereotypes define her artistry and the influence of her diverse background is prevalent throughout her music.

Laura credits her start in the music industry to Paul Worley, who discovered her at a wedding in Atlanta, Georgia. Worley introduced her to 2x Grammy winner Shannon Sanders. “Wake Up” from Laura’s critically acclaimed debut album, “The Awakening,” has been featured on VH1’s Hollywood Exes and in the indie film, The Inevitable Defeat of Mister and Pete.

We had the pleasure of speaking with Laura Reed about her music and just what lies ahead.

TUT: Can you tell us about your background and how your upbringing helped mold your unique sound?

Laura Reed: I grew up around many different cultures, languages, and musical environments. I was born in Johannesburg, South Africa and soaked up music, singing, dance, and anything else I could as a child. 80s Afro-pop, such as Brenda Fassi and Miriam Makeba, were big influences on me. When I was 5 my family moved to the US to North Carolina. It was here I started to play and write music and fell in love with American soul, roots, blues, jazzall of it.

TUT: Are you classically trained?

LR: I never had any training or lessons, but started to teach myself guitar at 15. Then harmonica, piano, ukulele and performing live.

TUT: Which artists have had the greatest influence on you?

LR: There are many artists that have influenced me however the most pivotal would be: Aretha Franklin, Teena Marie, Erykah Badu, Lauryn Hill, Billie Holiday, Bob Marley, Bob Dylan, and Whitney Houston.

TUT: What made you want to sing R&B/ Neo-soul music?

LR: I dont know if I was ever aware of what genre I was singing. Whenever I wrote, sung or performed it always came from an uninhibited place and manifested itself as soul music. I was always listening to R&B and Neo Soul, but I was listening to everything really: hip hop, blues, bossa Nova. I never really wanted to fit in a genre. The melodies and the rawness of soul music attracted me, and, in turn, attracted a lot of my creative partners that I have made music with. I always do what feels natural, musically if I was going to move in a direction this felt instinctive.

TUT: Who gave you your start in the music industry?

LR: Paul Worley. I was singing at a wedding in Atlanta years ago, he saw me with my band singing all originals at the Four Seasons and decided then that we needed to work together. I consequently moved to Nashville a few years following and he introduced me to Shannon Sanders (Producer of  The Awakening) and has been my music director and writing partner since.

TUT: If you could sum up who you are as an artist in one word what would it be?

TUT: Your debut solo album, “The Awakening,” was released in 2014. What is your recording process like? 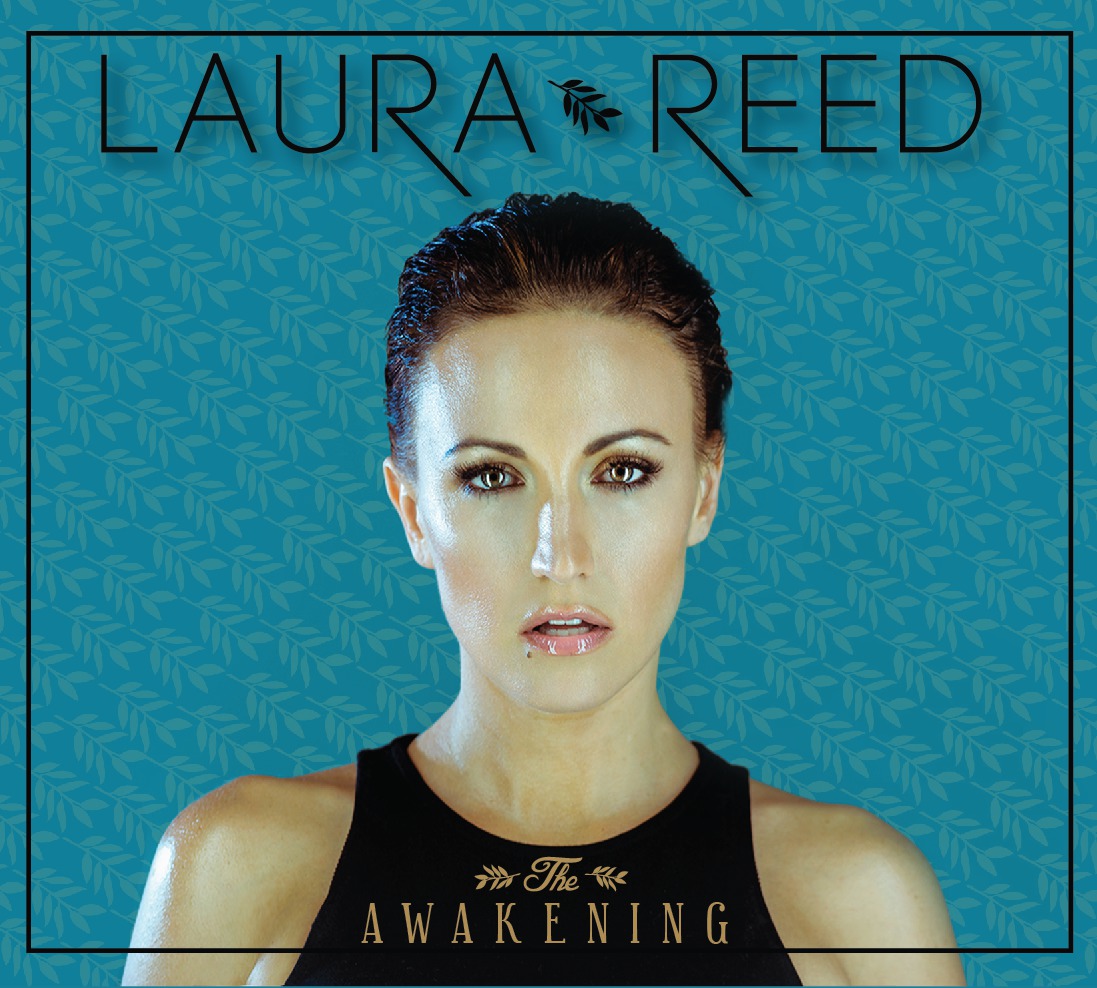 Laura Reeds album cover for The Awakening, which you can download and stream on Spotify.

LR: We spent close to 4 years on The Awakening. The first few months of working with Shannon consisted of Jam sessions writing, riding around Nashville playing with ideas, trying the ideas at shows. When something stuck we would go and start laying the foundation. We wrote close to about 30 songs for this record and chose 10. We recorded many more as well that didnt really fit the theme. Shannon is a perfectionist so the process of vocals and production was intense. It was no “first take and done,” even though we used many first and second takes in the end. I would sing everything over and over until he felt we had it. Then there was a lot of fine tuning and getting the right people for certain parts. We used some amazing Nashville musicians and even friends of mine some of our friends kids on backgrounds (Dragging My Heart). It was a process full of lots of inspiration and love.

TUT: What is your favorite song lyric that you’ve ever sang or written?

LR: My favorite lyric is from Struggle.” Time turns mountains to sand, time turns sand into pear, time waits for no one man, one man can change the world.

TUT: Your music has been featured in several films such as Cold Light of Day and The Inevitable Defeat of Mister and Pete. How did that come about?

LR: Cold Light of Day was by chance and accident. I had been asked to write a song with my friend Damien Horne for an upcoming movie featuring Justin Timberlake called In Time. We were given the scene and background, went into a studio and recorded Forbidden.  As far as we all knew, it was in the film until at the last moment we found out they had cut it and used something pre-recorded. We were disappointed but then found out another film had picked it up featuring: Bruce Willis, Sigourney Weaver, and Henry Cavill. For a very different scene

The Inevitable Defeat of Mister and Pete came about from when I was a writer at Sony ATV. I had taken a trip to LA to meet with the head of creative sync there and played her my song Wake Up She instantly loved it also said she was going to send it around. Not too long after we found out it was picked up by VH1 for Hollywood Exes and that an Indy film that Alicia Keys was scoring also wanted to use it which was a huge honor.

TUT: The music industry often likes to put artists in a box. Do you think that it’s been more difficult to obtain success as a Caucasian woman who sings R&B/Neo Soul as opposed to a genre that is “stereotypically fitting.”

LR: Its hard to say. Difficulties in this industry can come from so many different platforms, I did have to prove myself over and over again in the R&B world, especially when I was living in Atlanta and had a production deal at a heavily urban studio. I didnt mind. It kept me on my toes and true to the spirit of my music. I started to enjoy watching peoples stereotypes and preconceived notions of what I should sound like melt away. The thing about music is that it can be a very significant bridge and blur many lines. For 11 years, I had locs and in a way this alienated me from many worlds and gave me access to others.

When I cut my hair I felt the sudden change in how I was viewed and treated by the world around me. All of it very interesting. Success, however, is a relative thing to define. I already feel successful because my measurement is perhaps different than some and I dont have any scapegoat for any goals I havent attained as of yet. Some of it is timing. Sometimes we just arent ready. Melanin content was only going to hold me back as much as I wanted it to. Ive found that real music, message, purpose, and soulful delivery bypasses any superficial judgment we may have. Its a beautiful thing.

TUT: Artists today have multiples outlets to share their music. Do you feel that platforms such as Soundcloud, Youtube, and iTunes have helped or hurt the music industry?

LR: Both. Its amazing to see how music has been influenced now that we can all communicate and share worldwide. Its a great time to be creative. However, with streaming and free music sharing I worry people have lost sight of an artists financial value. I saw something the other day comparing a coffee at Starbucks with a song download. We will spend $5 on a temporary beverage which took moments to create but grumble about paying $1 for a song an artist has spent years and thousands on. Relative comparison, but interesting in the discussion of streaming and downloads. I also think its relative to what level you are at as an artist. If you are still breaking these platforms are helpful to get your music to new fans in a huge way. If you are already huge then they may hurt you and you can make greater demands of your fan base to support you and buy your album (i.e. Adele / Taylor Swift)

TUT: What is the favorite part about the business? Least favorite?

LR: Favorite Creating with amazing people that have dedicated their life to art and music.
Least favorite People who dont really value those artists or their art but see them as monetary compensation.That is not fun to deal with.

TUT: You have been involved in many charitable causes. Where does that passion stem from?

LR: I got involved in music to be part of something bigger than myself. I always saw music as a medium for positive change..and still do. Philanthropy through music to me is a goal and fulfilling pursuit.

TUT: What is your guilty pleasure?

TUT: What current projects are you working on? When can your fans expect your next album to be released?

LR: I am currently in the process of finishing a new single Coming Home that I wrote with Shannon Sanders. We plan to release it in the beginning of next year. I am also writing now for a new album we hope to release next fall.

TUT: What is one thing that you want our readers to know about you?

LR: That I love hearing from people and would love to hear from them. I love people and connecting perhaps why I love performing so much. I am grateful for every person I am able to connect with.

Check out Laura Reeds music videos for Wake Up and Naturally below.

Darth Santa Is Worse Than The Grinch

Jelani Lateef aka J Fury is the latest rapper to come from Chicago aiming for the crown.
byVictoria Johnson 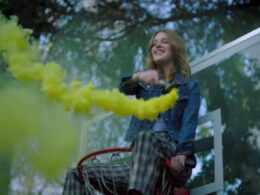 When former 4 Non Blondes-singer Linda Perry found success in the 90s with massive hit ‘What’s Up?’, but…
byDomingorich

Some of you might have seen Cam'ron tell 60 Minutes he would NEVER talk to police about a crime. Well... that hasn't always been the case.
byBrennen Jones