Best known for playing Professor Snape in “Harry Potter” and Hans Gruber in “Die Hard,” Alan Rickman died at 69 of cancer in London on Thursday.

One of the most beloved actors in England, stage and big screen performer Alan Rickman died at 69 in London on Thursday. Rickman’s family said in a statement that the cause of his death was cancer.

Rickman was born in London to a working class family in 1946 and educated in acting at the prestigious Royal Academy of Dramatic Art.

Rickman then became one of the most famous British actors with a long career over the last 30 years. Rickman won an Emmy and a Golden Globe for his role as a crazed monk in HBO’s Rasputin: Dark Servant of Destiny in 1996.

Rickman debuted successfully when acting as a stage performer with the Royal Shakespeare Company at 1985-production Les Liaisons dangereuses.

Rickman then played in a variety of roles for big screens. Rickman often played as a villain in films such as Die Hard and Harry Potter series in which he won many new fans for his role as Professor Severus Snape.

Rickman’s last films are including The Butler as Ronald Reagan and Alice Through the Looking Glass as Absolem the Caterpillar.

“Alan Rickman is undoubtedly one of the greatest actors I will ever work with. He is also, one of the loyalest and most supportive people I’ve ever met in the film industry,” Radcliffe said in a statement posted online. 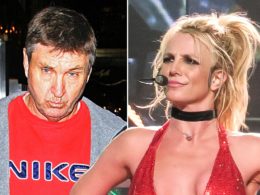 TUT’s TV Rewind: Scene Stealers and Lines of the Week

The actor credited Tom Hanks for inspiring him to speak publicly about his diagnosis.
byBien Luigi