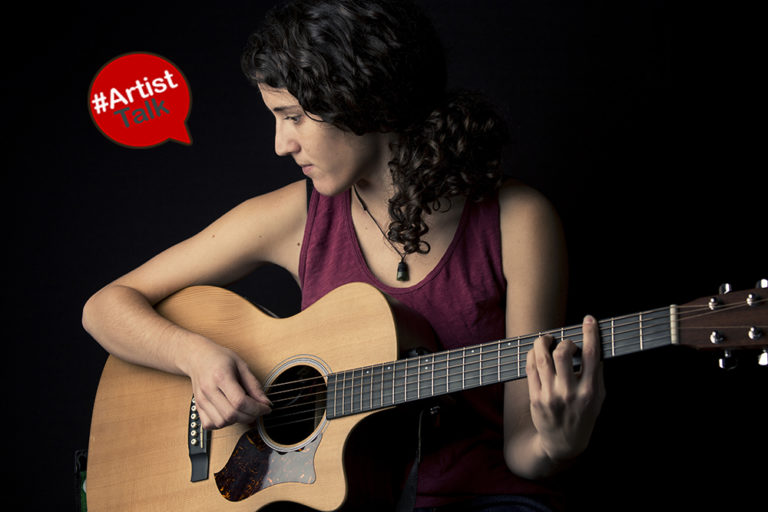 A real life Lara Croft, Helen McCreary traveled the world and dug deep to find some answers to questions about past civilizations.  She also dug deep to help others in crisis, which is  what brought her to Christchurch, New Zealand, where she assisted with recovery efforts following the devastating earthquake that happened back in 2011.

It was at this time that McCreary found something of significance about herself.  She found her other love, music, and decided to pursue it.

We got a chance to sit down with Helen, where she broke all of this down for us and explained more about her unusual career trajectory which led her to us today.

Who is Helen McCreary?

Well, currently I’m a Brooklyn-based singer-songwriter! Before that, I was a contract archaeologist in New Zealand, and before that, I was a backpacking instructor in Wyoming. I know, what a strange career trajectory. It makes sense, I promise! I started playing cello at four, had classical voice training as a teenager, and started writing songs right after I graduated from college.

Where are you from?

I grew up in rural upstate New York, near Syracuse. I had a real Tom Sawyer childhood, running around in the woods. My family moved to Florida when I was sixteen, which was obviously a big change – it took me a long time to get used to not having seasons. I went to college in Connecticut, then went out west for a while, then moved to Christchurch, NZ. Now I’m living in Brooklyn, so I guess you could say I’m from everywhere.

What or who are some of your musical influences?

My parents are huge classical music fans. I think we had one cassette tape full of children’s music that they blasted in the car to shut us up on long trips, but apart from that, it was all Beethoven, Brahms, Schubert… I’ve never really thought about it, but I suppose that background has really influenced the music I write. I love long melodic phrases, clear vocals, acoustic instruments. My brother actually plays cello on my upcoming album. That’s him playing in the first single, Heart Beats.

As far as other influences… wow, so many. The obvious ones would be Joni Mitchell, Joan Baez, Damien Rice, Brandi Carlile… but I don’t actually like to spend too much time listening to artists who have a similar style to my own. I really want to experiment with different sounds, different genres.

Lately, I’ve had this Kiwi band, Six60, on repeat. They’ve got a sort of reggae/R&B/rock mashup going on that I’m completely obsessed with. Whether I could successfully pull off a reggae vibe has yet to be determined, but I can try.

If you were to take our readers on a tour of where you come from, what would we see? What experiences can you share with us that led you down this path of chasing your dreams?

Haha, well first I’ll have to decide where I’m from… I guess the most relevant place, the place where I really started my journey as a singer-songwriter, is Christchurch. The city was struck by several massive earthquakes in 2011, and the rebuild has been going on for the past five years. I went there because, with all the digging, there’s a high demand for archaeologists. Christchurch is a really fantastic place, I miss it so much. There are a lot of vacant lots and abandoned buildings, waiting to be torn down. But in between these, there are little pop-up coffee shops and community gardens, beautiful parks, newly constructed offices and houses. Christchurch is right next to the ocean, in a flat basin surrounded by mountains, so no matter which direction you look there’s a great view.

The people are lovely, and the NZ music scene is hopping! My very first real gig playing my own songs was at a little pub called The Porthole. The original pub was destroyed in the earthquake, and so they reconstructed it using shipping containers. It was there that I really fell in love with being a singer-songwriter. One of these days, I’m determined to go back there on tour. Don’t know if I’ll be able to leave again.

How do you come up with the ideas for your songs? Is there a particular method to the “madness”?

It varies a lot. Sometimes, I really have something that I want to say, and I sit down with my guitar and just sing it. Like a halting, very drawn out musical. Kaikoura was like that – I sat down, and within twenty minutes it was done. It’s not always like that, of course. Sometimes it takes days, or weeks, to finish a song. I can’t even tell you how many little snippets of melodies or chord progressions are recorded on my phone. The damn thing is always running low on memory.

Sometimes, when I’m feeling particularly uninspired, I take lyrics from old poems. The second half of ‘As the Bark to a Tree’ is actually a line from a letter written in 1863 by a Civil War soldier.There’s so much out there to write about, you just have to find it

There’s so much out there to write about, you just have to find it.

Right now, my songs are generally acoustic and driven by the vocals. My guitar playing has gotten a lot better over the past year, so I’m starting to incorporate some more complicated arrangements.

Any instruments besides the guitar? How long have you been playing?

I play a lot of solo gigs around NYC – just my guitar and me – but I’m hoping to find some bandmates. I also play a cello, and I’ve been fiddling around with loop pedals. We’ll see what happens. One of the best things about being a musician is that there’s always something new and exciting to learn and experiment with, some different direction you can push your sound.

Take us through your thought process of how you create your music?

Oh goodness. There isn’t really a process. It’s mostly just me sitting in a park or on the floor, fiddling around on the guitar until I discover something. Sometimes I’ll write down lyrics beforehand and play with them, but most of the time the lyrics and melody come at the same time. This is definitely something I want to experiment with, though – seeing how different approaches to songwriting can lead to different results.

As far as the recording process goes, I’ve been incredibly lucky to find some wonderful people with whom to collaborate. When I was in New Zealand, my guitar teacher, John Dierckx, helped me with a lot of arrangements. Some of his arrangements are going to be on the album! And when I got to Brooklyn last year, I almost immediately started working with Alessio Romano of Studio 42, who produced my debut EP, Kaikoura, and also my upcoming album. I really believe that the best music comes from collaboration, from a lot of different minds coming together to create something new.

Take Heart Beats, for example. I came up with the chord progression, lyrics, and melody in New Zealand more than a year ago. Then John came up with the picking pattern and layered guitar arrangement. Later, in Brooklyn, Alessio laid down the percussion tracks, and my brother came up with a countermelody on the cello. Four people, two countries, over a year in the making. It took a lot of work, but it was completely worth it.

Ummm… probably the closest one would be Brandi Carlile, though she’s a bit more country than I am. Or at least, I think so. It’s so difficult to view your own music objectively. I never know what to say when someone asks me what genre I write. Folk? Pop? The Helen McCreary genre?

As for people I’d want to work with… how long have you got? I have an untold number of collaboration pipe dreams. Alison Krauss, Amos Lee, George Ezra, Sara Bareilles… I would love to jam with Habib Koité, he’s a Malian musician. I really want to learn that style of guitar, it’s so incredibly cool.

What’s your favorite thing about being an artist?

Honestly, I just love creating new things. Coming up with melodies that nobody’s heard before. And that moment when you connect with someone – when you can see that your voice and your words have made an impact.  There’s nothing else like it.

What’s your future plans? What are you currently working on?

Well, I’m about to release a new album on February 5. The first single, Heart Beats, came out on January 9th, and it will be available for download on iTunes. I’ve been hard at work promoting that, and booking gigs to support the release. After that, who knows? I might take some time off, focus on living and writing and replenishing the bank account before plunging back in with another EP or album. Being an independent musician is definitely fun, but it comes with a huge amount of stress. I’m still trying to figure out the best work-life balance – but then again, aren’t we all?

How did you become an archeologist?

I’ve wanted to be one ever since I was three and saw Indiana Jones. True story. I was fortunate enough to get funding to work on a lot of different projects while I was in school. Probably my favorite project – though absolutely nothing went to plan – was in Mali, in West Africa. Man, that country is beautiful. The people, the music, the food… it’s such a wonderful place.

How is it, trying to balance that out with being a performer?

I actually haven’t been doing much archaeology lately – too busy with music! I’m hoping to get my hands dirty again this spring, after the ground thaws. There’s some really nifty archaeology in the New York area – they actually just found some burial vaults underneath Washington Square Park.

Do you draw any inspiration from this and use that for your music?

I’ve had quite a few people ask me if I’ve written any archaeology-themed songs, and I’m embarrassed to admit that I haven’t. One day, I’ll sit down and write an ode to my rusty trowel or something.

The Lovely Days arrives on Friday, February 5. Pre-order the album today via Bandcamp and get “Heart Beats” now. The album will also be available for pre-order on iTunes on Saturday.

Check Helen out below: 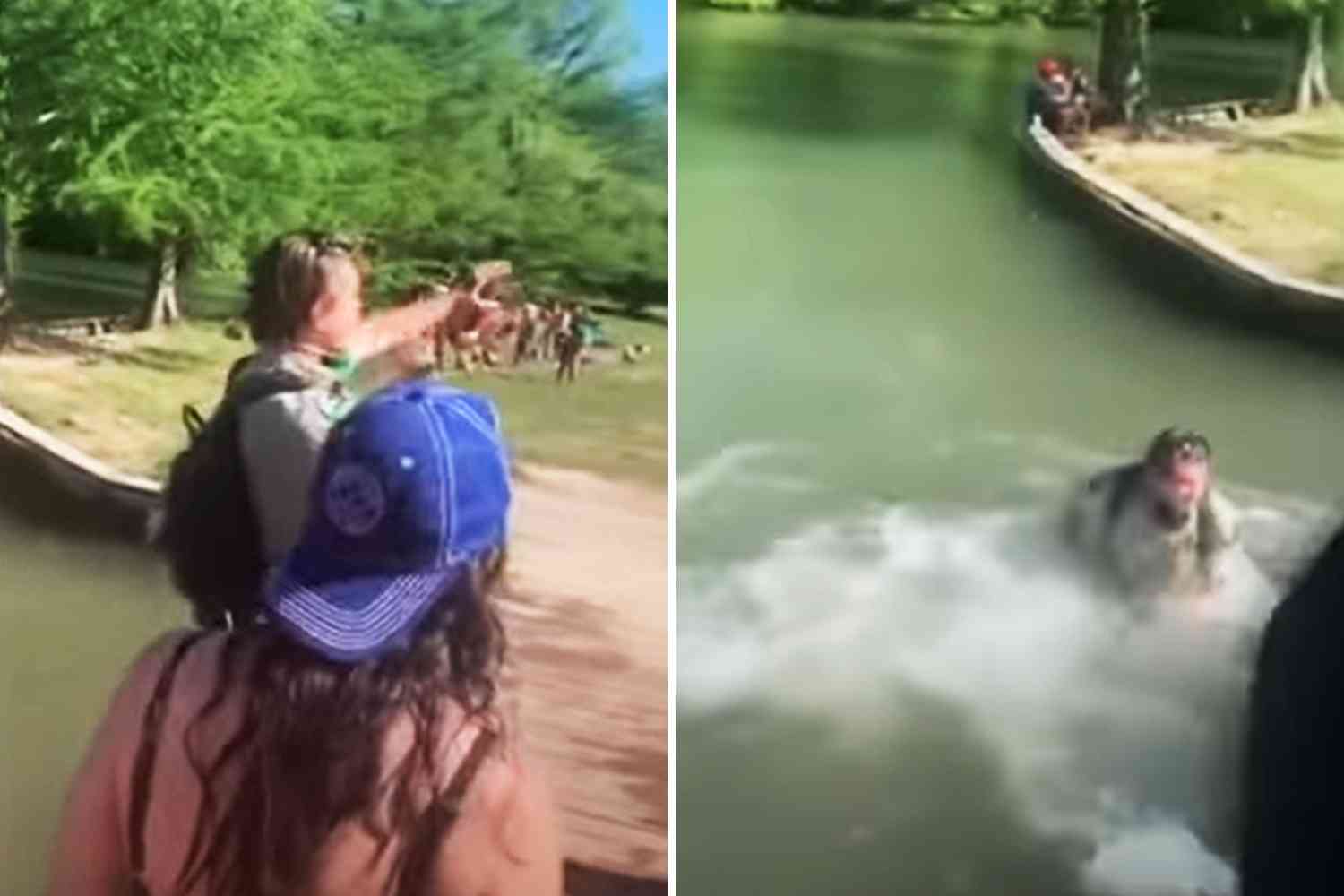