Following its victory at the Golden Globe Awards, “The Revenant” received 12 nominations at the Academy Awards.

The Revenant led with 12 nominations at the 88th Academy Awards. Following its victory at the Golden Globe Award, The Revenant was nominated for Best Actor (Leonardo DiCaprio). For director Alejandro González Iñárritu, it raised the possibility of him winning two in a row, after Birdman won last year.

Todd Haynes’ Carol and F. Gary Gray’s Straight Outta Compton were not nominated for this category.

Obviously, by not including Idris Elba in Beasts of No Nation and Benicio del Toro in Sicario, the Academy of Motion Picture Arts and Sciences (AMPAS) repeated criticism called #OscarsSoWhite. This followed a similar incident related acting category last year.

AMPAS president Cheryl Boone Isaacs had doubled efforts to diversify its membership and assigned Chris Rock to host the Oscars ceremony on Feb. 28.

Besides DiCaprio, nominated for Best Actor were Matt Damon, Michael Fassbender, Eddie Redmayne and Bryan Cranston. One big name not nominated is Johnny Depp for his role as Whitey Bulger in Black Mass.

Brie Larson, favorite winner for her role in Room, along with Jennifer Lawrence in Joy led in Best Actress category. This nomination made 25-year-old Lawrence become the youngest actress nominated four times. Other actresses are Cate Blanchett, Saoirse Ronan and Charlotte Rampling.

The 3rd and final installment in the 'Hangover' series went away from their usual formula but it works.
byEverick Davis Jr

When the saying "I want to be Queen" is taken to heart.
byChristina Jeter 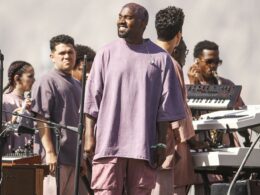 Legendary gospel artist Kirk Franklin is beaten by Ye in some of those categories, so it’s clear that his album was extremely successful to beat those who have been in gospel music for years.
byBien Luigi