Khloé Kardashian spoke out on the rumors involving Blac Chyna and her brother Rob.

Blac Chyna was spreading rumors that she was dating Rob Kardashian after showing off a photo of herself in the arms of a man. Tattoos on the arm of the man gave evidence that he was Khloé Kardashian’s brother, Rob.

“The beginning,” was a black-and-white photo caption uploaded on Instagram on Monday morning.

Rob and Chyna had been together almost nonstop for several days. This news was recently reported as Blac used to live next door to Rob’s mother, Kris Jenner, but they never spent time together.

There were many reasons why the Kardashian-Jenner family did not agree with their relationship. First, Blac was the ex-girlfriend and had a son with Tyga, Kylie Jenner’s boyfriend. Secondly, the former exotic dancer was once Kim Kardashian’s friend, but they stayed away after Tyga began dating Kylie. Thirdly, Blac was a friend of Amber Rose, Kanye West’s ex-girlfriend.

According to reports, Blac Chyna is dating Rob Kardashian just to get back at Kylie Jenner for  having a relationship with Tyga.

Khloé Kardashian finally interjected about this rumor through her Twitter, “You can do anything. But never go against the family.”

You can do anything. But never go against the family

Flint Water Crisis: A Tale of Deception, Lies and Murder

#ArtistTalk: When Bounce Meets R&B, You Get Raqi Lily 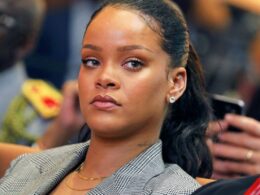 Although there were many comments that were against Rihanna’s message, many Instagram users wrote comments in support of her statement.
byBien Luigi

Disney’s Netflix Competitor to go Live Next Month in UK

She may look as gentle as a "Lamb," but she is really a Fox on the big and small screen. Lindsay Lamb tells us why she is Hollywood's new leading lady!
byChristina Jeter

50 Cent Gets Praise After Announcing ‘Power’ Received an Emmy Nomination

Over 60,000 people positively reacted to the news, with many fans praising the rapper for this great accomplishment.
byBien Luigi