If you are like me then you are x-ing off the days on the calendar to find out on Season 3 of “How To Get Away With Murder.”

If you are like me then you are x-ing off the days on the calendar to find out on Season 3 of How To Get Away With Murder!

Until #TGIT returns I do know the answer to,  Who is Alfred Enoch? He was born and raised in London, England. Got to love a brother with a British accent. I mean I was mad when Fox Scream Queens killed off Earl Grey character, played by Lucien Leon Laviscount because N.W.A. is just that much more swaggeriffic with a cup of tea.

Alfred’s nickname is Alfie, and at the age of 11, Enoch scored a recurring role as Dean Thomas in the “Harry Potter” franchise, appearing in 7 of the 8 films. After that he went on to appear on several television series for the BBC, ITV and Sky network, some of which include “Sherlock,” “Broadchurch” and “Mount Pleasant”, if you live in the states (United States) that’s London slang, you’ll have to check out the DVDs series to see his performances.

Enoch studied Spanish and Portuguese at Oxford and currently resides in London, but you can always catch him portraying Wes Gibbins aka Christopher on #HTGAWM.

Maybe this season Alfred Enoch will get a Twitter or some other form of social media so my obsession with the show and him will become that much more accessible! 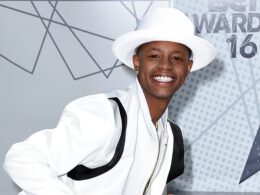 Can you believe that they are actually trying to compare this guy to MJ?
byBrennen Jones

USA’s reality TV just got hotter thanks to the recent release of Love Island on CBS.
byTUT Staff 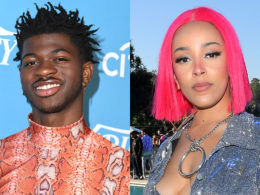 Nas takes a shot a Doja Cat rapping, “We going ultra black, the opposite of Doja Cat.”
byBien Luigi