Leaders of countries such as El Salvador are warning against pregnancy. Due to the outbreak of the Zika virus, certain countries that ban abortion are expanding caution.

There is a heightened alert among many countries thanks to the mosquito-borne Zika virus. The World Heath Organization recently released an international public heath emergency over the virus. Although there is more scientists do not know about the virus, it is widely believed that the virus may be responsible for a variety of birth defects.

Recently in Brazil, there was a 2,600% increase in the number of babies born with birth defects. One of the most common was that of Microcephaly. The CDC characterizes the birth defect as an abnormal smallness of the head which can cause development issues throughout a child’s life.

In a virus that expresses little more than flu-like symptoms, it is understanding that many people are just plain freaking out about it. In fact, recent outbreaks on various continents saw that 80% of people with the Zika virus did not express any symptoms at all.

Many Central-American and Caribbean countries express concern with this issue, and rightfully so. In a region where abortion is largely outlawed and protested against, a large percentage of pregnancies are unintended. This is especially a problem given that contraception is very limited.

It is apparent that many of these countries lack in the area rationality; commonly telling women what to do with their bodies without directing their attention to the issue at hand. Obviously, telling women not to get pregnant is not a viable solution to the problem.

El Salvador stands out with their solution. In 1998, abortion was outlawed in the growing country while obtaining birth control has been virtually impossible in the past. Women and their doctors can be jailed for terminating any pregnancy, sometimes even in instances of a miscarriage if she is falsely accused of hiding an abortion. Seventeen women, are behind bars for such crimes. Some women are even serving extended sentences of 40-50 years for cases resulting in aggravated homicide convictions.

This particular country is advising women not to get pregnant until 2018 due to Zika. Efforts by many organizations such as the International Planned Parenthood Federation have proven beneficial. Contraceptive use has risen to the level of that in developed countries. reproductive services are also being offered to women in need.

Many may exclaim that its fairly easy to not get pregnant if you don’t have intercourse. Correct, however, it is irrational to assume young adults can or even will adhere to this demanding law.

While scientists rush to educate the public on the matter, it is important to remain conscientious of your actions.

Pride and Prejudice and Zombies: First Movie to Bomb in 2016

Cam Newton's Failure From Super Bowl 50, and It's Not What You Think

Everything these days is about balance. But when you’re trying to balance a tight budget and a tighter schedule with healthy eating choices, the scales never seem to settle.
byTUT Staff

Is North Korea a Real Threat?

This past week saw North Korea issue yet another threat against the U.S. and its neighbor to the south. But how afraid should we all be, exactly?
byMatthew Rash 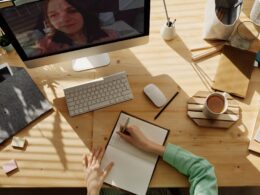 Managing a full-time job, especially one as demanding as nursing, and then tackling an online degree on top of it all is no easy feat.
byTUT Staff

How Science Understands Pregnancy and the HCG Hormone

Human chorionic gonadotropin (HCG) is the primary pregnancy hormone that appears during the first trimester of pregnancy.
byBrenda Mick