HBO has released a promo video for “Lady Day at Emerson’s Bar & Grill”, starring Audra McDonald as Billie Holiday, the role that won the acclaimed actress her record-breaking sixth Tony in 2014.

Audra Ann McDonald is an American actress and singer. She has appeared on the stage in both musicals and dramas, such as Ragtime, A Raisin in the Sun, and Porgy and Bess. She maintains an active concert and recording career, performing song cycles and operas as well as performing in concert throughout the U.S.

McDonald made history and became Broadway’s most decorated performer when she won her sixth Tony Award, for “Lady Day at Emerson’s Bar & Grill,” in 2014. In addition to setting the record for most competitive wins by an actor, she also became the first person to receive awards in all four acting categories. The show’s run at the Circle in the Square Theatre on Broadway was extended four times due to high demand.

Her acclaimed portrayal of Billie Holiday in the Broadway smash Lady Day at Emerson’s Bar & Grill will debut Saturday, MArch 12 on HBO.

Originally written for off-Broadway by Lanie Roberston in 1987, Lady Day at Emerson’s Bar & Grill tells Holiday’s life story through the songs that made her famous, including “God Bless the Child,” “What a Little Moonlight Can Do,” “Strange Fruit” and “Taint Nobody’s Biz-ness.”

McDonald was named one of TIME magazine’s 100 most influential people of 2015. Aside from her Tony-winning performances in “Carousel,” “Master Class,” “Ragtime,” “A Raisin in the Sun,” “The Gershwins’ Porgy and Bess” and “Lady Day at Emerson’s Bar & Grill,” McDonald has appeared on Broadway in “The Secret Garden,” “Marie Christine” (Tony nomination), “Henry IV” and “110 in the Shade” (Tony nomination). McDonald returns to Broadway this year in “Shuffle Along.”

The special will also be available on HBO NOW, HBO GO and HBO On Demand.

The network has just released a new promo which is embedded below:

McDonald’s most recent TV appearances include playing the Mother Abbess in “The Sound of Music Live!” and Dr. Naomi Bennett on “Private Practice.” Her other TV credits include “The Good Wife,” “Homicide: Life on the Street,” “Law & Order: Special Victims Unit,” “Having Our Say: The Delany Sisters’ First 100 Years,” “The Bedford Diaries,” “Kidnapped” and the 1999 remake of “Annie.”

She won an Emmy® Award for hosting PBS’s “Live From Lincoln Center” in 2015, having previously been nominated for “A Raisin in the Sun” and HBO’s “Wit.”

Lady Day at Emerson’s Bar & Grill is directed by Lonny Price, who also directed the Broadway production, and produced by Allen Newman and Two Hands Entertainment. It was originally produced on Broadway by Jeffrey Richards, Jerry Frankel, Jessica Genick and Will Trice.

Spike and Nickelodeon Have Teamed Up To Create 'Lip Sync Battle Jr.'

The plan to bring "Waiting to Exhale 2" to the big screen will continue, despite Whitney Houston's untimely demise. Fox 2000 Pictures had acquired the rights to Terry McMillan's foll-up book "Getting to Happy" in 2010 and it was officially announced back in May that the sequel was in the works. Ophrah Winfrey has been named as a possible replacement for Whitney in the sequel.
byBernadette Otieno

The Boondocks Season 3: Expect The Unexpected 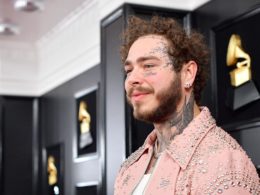