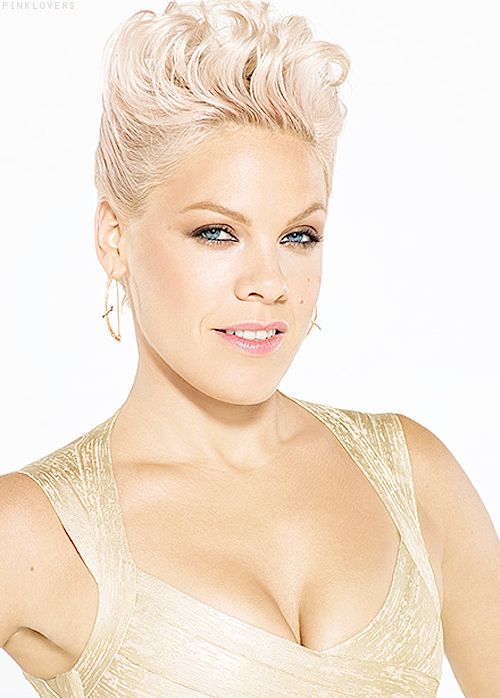 This is definitely not the week that the Kardashians are winning!

A social media battle ignited recently when Kim Kardashian came after both Bette Midler and Chloe Grace Moretz for her most recent nude photos posted on Instagram. In a move that many compared to a stunt her husband would pull, Kardashian ran to her Twitter and blasted both women for daring to call her out for her nude exploits, calling Midler a “fake friend” and claiming not to even know who Moretz was. If you thought that battle was over, think again. Another celebrity has entered the fray and although her Twitter response doesn’t name names, it is abundantly clear who she is speaking of.

Pink hopped on her own Twitter account and had this to say about Kim’s latest nude photos:

“Shout out to all of the women, across the world, using their brains, their strength, their work ethic, their talent, their ‘magic’ that they were born with, that only they possess. It may not ever bring you as much ‘attention’ or bank notes as using your body, your sex, your tits and asses, but women like you don’t need that kind of ‘attention.’ In the quiet moments, you will feel something deeper than the fleeting excitement resulting from attention, you will feel something called pride and self respect. Keep on resisting the urge to cave. You’ll never have to make silly excuses for yourself.”

The only question now is if Kim Kardashian will reply and risk a backlash by other celebrities or will she simmer down and let this round pass? We may not have to wait long. Just keep your Twitter accounts open to see who is trending in 5,4,3,2…

Ye Is Confident That God Will Reunite Him With Kim Kardashian

Staying With Kim Kardashian, Kanye West Claims, Will Influence Millions Of Families To Stay Together

By Allowing Some iOS Users To Respond With An Up Or Down Vote, Twitter Is Conducting Research On Replies