Rob Kardashian and Blac Chyna just got engaged, and it looks like the couple is wasting no time when it comes to walking down the aisle.

Not even 24 hours after reporting that he’d met her mother, Rob Kardashian has proposed to his girlfriend of two months and the rest of his family – which is known for running to social media to leave comments about the most trivial of things – is strangely silent.

Perhaps the massive rock on Blac Chyna’s hand – which is 7 carats and valued at $325,000 – has them mute at the moment. While Blac Chyna blinds half of Calabasas with her ringer finger, people may be wondering where the rest of the Kardashian klan is as their Twitter, Instagram, Facebook, and Snapchat accounts grind to an almost screeching halt. In fact, the entire state of California can can breathe a bit easier as reports have surfaced that the rest of the Kardashians – sans Rob – have flown out of town for a family vacation. 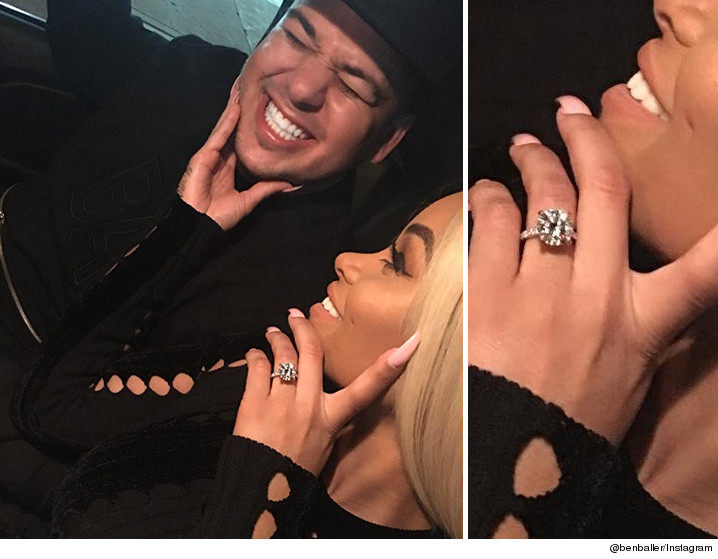 Blac Chyna’s mother has already given her blessing. When will Kris Jenner give hers?

And who paid for the ring – Kris Jenner or Rob Kardashian? Because if you recall, it was Kris that went into the Kardashian vault to buy Rob his new house.

This is the drama we have all been waiting for!

At The Airport, Blac Chyna Goes Off On A Fan And Tells Her To Get Vaccinated (Video)

Facebook Wants Your Kids To Stop Playing And Stare At Their Phones More, According To Internal Documents

For Months, Facebook Has Admitted That Vaccine Misinformation Has Been Among Its Most Popular Posts

By Allowing Some iOS Users To Respond With An Up Or Down Vote, Twitter Is Conducting Research On Replies