Colorado is one of the hottest places for millennials and new families to migrate to, with its new booming economy, legalization of marijuana, and 300 days of sunshine. But the locals aren’t the only things getting higher. More and more people are migrating from the high costs of living in Denver.

While the overall poverty line in Colorado is decreasing, there has been a surge in the population of families living in poverty in the suburbs. Shelters, such as the Samaritan House, are taking in these families and are aiding them with tools to find employment and affordable housing. However, because of Denver’s recent spike in its renting market, shelters are becoming overpopulated.

The shelter overpopulation has caused homeless Denver residents to set up camps on their sidewalks. This probably would not have been an issue, had some of the camps not been located outside of Coors Field, home of the Colorado Rockies baseball team. City officials have deemed the camps as a potential health hazard and cleaned up the debris of left behind belongings earlier in March. With opening days happening across America, the Rockies’ started on the 8th of April, which was probably the reason for the hasty street cleanup.

In the early 2000’s, Denver’s rent on average was $800, and from 2009-2011, it’s vacancy decreased by 2.6%, even with over 500 units built in 2011. Last year, average rent ranked at about $1,200 a month. This is all due to more higher paying jobs, and families moving to the city to get them. However, citizens living on a fixed income have to choose to either be forced out on the streets or into homeless shelters, or get more jobs to cover the costs of living.

This is the beginnings of gentrification, a nasty word many have heard in recent years. While a boost in economy is supposed to be a win for all parties, it only helps the middle to high classed societies, leaving the working and poor families forgotten. Sadly, Denver is not the first place that gentrification has struck, and it certainly will not be the last. 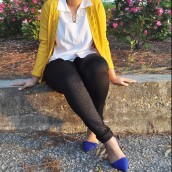 Failed scientist turned creative. Founder of littlecreds.wordpress.com. Has a Bachelor of Arts from Old Dominion University, and studied Theatre and Dance Performance (among many other things) but broke a very important toe during my final semester. While my feet heal, I'll be creative with my hands. I like documentaries, books, rain, researching random things, and brushing my teeth.

‘The Crash Pad’ Hopes to Bring Change for Baltimore’s Youth

Occupy Our Homes Campaign Welcomed By African-American and Caribbean Residents In Brooklyn, NY

Topeka Frees 30 Domestic Abuse Suspects Due To Lack of Budget