The HBO short film aired on Saturday (April 23) with references to the woes and joys of love as well as the science of making the best out of a bad situation. Lemonade is filled with gems so we’re sharing some of the one we caught in 10 Lessons Learned From Beyonce’s Lemonade.

Get into it below.

27 Notable Celebrities Who Have Died in 2016

Forget About Guitar Hero and Learn To Play The Real Guitar!

We love playing Guitar Hero as much as the next gamer, but it's time to stop pressing buttons and learn how to play the real thing. Let us help point you in the right direction.
byTUT Staff 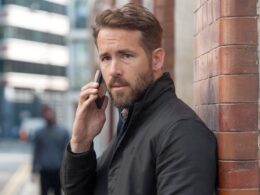 In some instances, he even sent videos to their dogs just to keep morale up.
byBien Luigi