We got a chance to catch up with Kelly Coffield Park and asked her the one question that “In Living Color” fans want to know, will there ever be a reunion?

Kelly Coffield Park is an American actress and comedian. She is widely known for her role as the original cast member on the sketch comedy television series In Living Color. And she let The Urban Twist interview her about what she’s been up to and answers the inevitable question; Will there ever be an In Living Color comeback?

“So…that just happened.” Can you tell me more about your new series?

It was a project that we did to help raise money for our relocation when we moved from New York to the LA County about 3 years ago. We are continuously batting around ideas for it at this point, we have a producer we are working with who is actually getting heavily involved with virtual reality, with a formation of different iterations, he uses his ability to record in the VR (virtual reality) then creates the content for entertainment.

So…that just happened, it’s about me and Steve and what we make together. We post stuff live and when we feel like it, but we continue to play around with many different platforms for it.

What have you been up to now?

Since moving to Los Angeles I have been doing theater but not as much as I like just script work on some play readings. I attended the fundraiser at the Hero Theatre for Maria Irene Fornés’, who is quite elderly at this time and dealing with severe Alzheimer. I have a script reading at Circle X in the next coming months. Again, it’s an opportunity to do a play reading so wonderful because play readings are not that celebrated and it’s one thing to read it, and then hear it and to invite people to heard it and get serious about producing it for the stage.

Will In Living Color every make a comeback? I think that Keenan Ivory Wayans should do a reality show where the original cast mentors/coaches upcoming talent such as writers, comedians and etc. that go into producing the In Living Color Reboot.

I think that is a great idea. In Living Color was a period of history that was infused with a beautiful combination of time and people that made the show. ILC was ready to usher hip-hop culture into mainstream American where it hadn’t really caught onto yet.

Also, it is the pace making, style, coolest thing there is, the essence of cool. If you remade that now, what would be the backdrop that would have the same kind of influence?

Your idea speaks to me actually, I’m with you babe, what would be interesting would be to say, “We as a cast had this moment and what can we do to usher a new cast into a new flavor?”

Tales from the Crypt is getting a reboot. Will you be in or assist with the show that originally featured you?

OMG! That was so long ago. I had such a little role on it and I think they only hired me because I was on In Living Color. Every now and then I get a check from them when they air it. I was only in one episode.

You married Steve Park, an In Living Color castmate. Seeing how you were in the 2009 film Bride Wars, what type of bride were you when you got married?

After we left the show In Living Color, we got cast together in a play as a married couple. We have been married for 15 years.  We got married in 1999 and I wasn’t a Bridezilla. I had a tiny wedding at my parent’s house in Knoxville, NY, with our brothers and sisters. Both of our dads were the best man, our mothers were the maids of honor.

It was funny because at the TV Land Award show it was the first time the In Living Color cast saw me and Steve as a family, we had just had our son Owen and Marlon Wayans thought they were joking about us being married. I was like no I wouldn’t go that far to play a practical joke by renting a 5-month-old baby. (laughs)

What TV shows do you enjoy and would love to make a guest appearance and why?

Wow. That is a good question. What the heck am I even watching? I would love to be on Unbreakable Kimmy Schmidt. I love anything Tina Fey does. There are so many things I would love to do, something with Keegan-Michael Key and Jordan Peele, I think they are soo fantastic; I love their energy and sensibility.

Do you have a favorite Wayans? I notice you guys are like a big family since you have worked with them even after the In Living Color series on such projects as Scary Movie, The Wayans Bros TV series, and on My Wife and Kids television show.

That’s like asking a mother who her favorite child is! I don’t have a favorite human being. I LOVE them with ALL my heart. I guess I can certainly say I have the closest friendship with Kim Wayans probably because In Living Color had very few women on the show making it very galvanizing.

You can follow Kelly Coffield Park on the following social media:
https://www.instagram.com/kellycoffieldpark/
https://twitter.com/kellycpark 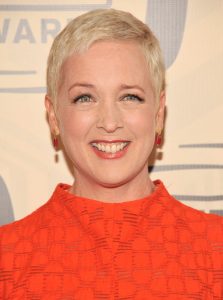 The Citizen Science Lab's Dr. Andre Samuel is Making Science Fun for the Children of Pittsburgh

3 Teens Have Been Charged In The School Beating Death Of Amy Joyner-Francis. Read Their Names And Charges Inside.

Report: Fox Will Pay Bill O’Reilly as Much as $25 Million After Firing Him

Even after being fired from Fox News, Bill O'Reilly could still make it out with a massive payday.
byBrennen Jones

R&B Divas,Faith Evans and Nicci Gilbert, are slapping TV One with a major lawsuit over an upcoming spinoff.
byTUT Staff

In this exclusive, the talented Rikki goes on to explain how she is a bright and shining star even though she is behind the cameras.
byChristina Jeter

Dan Harmon, creator of NBC's "Community", gets an unfair lecture for speaking his mind.
byHaley BeMiller