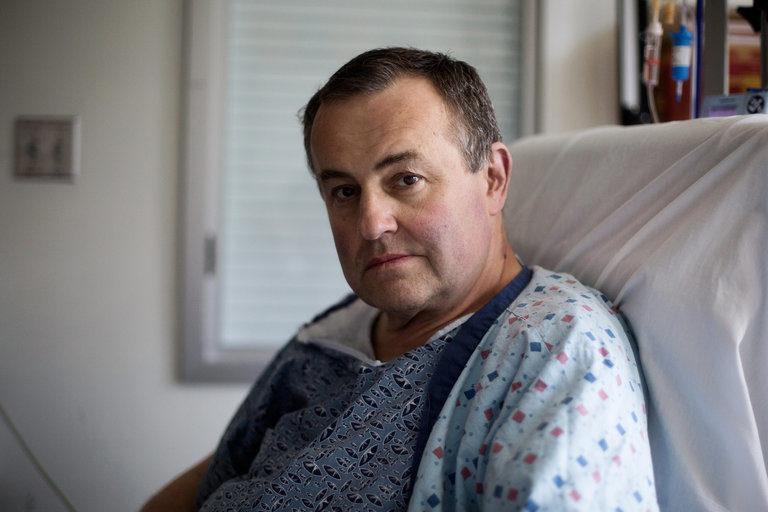 Modern day science and  technology is constantly outdoing itself, with news of the the first successful penis transplant surgery in the U.S.  it’s done it again.  Boston’s Massachusetts General Hospital made international  news when it announced that they had successfully completed it’s first penis transplant procedure.

64 year-old Thomas Manning  had surgery last week and received the  transplanted penis in a surgical procedure that last 15 hours. His new penis comes from  a deceased donor.

Manning  lost  his penis  to  cancer in 2012 when  an accident at work led him to see his  doctor where they found a rare cancer, which affects only about 2,000 men a year, growing in his groin. His penis had to  be amputated, leaving him  with a one-inch stump and unable to have sex or pee standing up. Surgeons from his  operating team have said that blood is flowing to the organ. They say there are no signs of bleeding, rejection or infection, and that they’re cautiously optimistic he will regain normal functions.

“We are hopeful that these reconstructive techniques will allow us to alleviate the suffering and despair of those who have experienced devastating genitourinary injuries and are often so despondent they consider taking their own lives,” said Cetrulo.

The  surgery, a first in the U.S. was done experimentally and  is a part of a research program geared towards helping veterans, cancer patients and accident victims. Losing  one’s genitals can cause extreme emotional  damage and this surgery can help people heal not only physically but emotionally.

Surgeon Dicken Ko, who also helped lead the  surgical team, has said to prevent rejection of the organ, Manning will likely have to take immune-suppressant drugs for the rest of his life.

Manning  issued a statement  to the press

“Today I begin a new chapter filled with personal hope and hope for others who have suffered genital injuries,” he said.

Manning’s  operation is only the second successful penis transplant  surgery in the world. the  first was  done in South Africa in 2014. The following  year the  transplant recipient became a father. Dr.’s at Johns Hopkins School of Medicine  are planning to  attempt the same surgery with a wounded veteran.

Ars Technica reported  last year that 1,367 men—all aged under 35- returned home from Iraq and Afghanistan between 2001 and 2013 with devastating genital injuries.

The  hospital  covered the  cost of the  surgical  procedure, estimated at $50,000 to $75,000.and Manning’s recovery is  being paid for by the family of the donor who wishes to remain anonymous. Mass General  has a second patient lined up already, a man who lost his penis in a car crash, as soon as a donor becomes available.