They Slayed! The Best African Inspired Prom Outfits of 2016

There seems to be an abundance of teens and couples who decided to go to prom in more traditional African inspired attire and styles. I love it. Check out 26 hot looks inside.

It’s that time  of year again, prom season. If you’re like me, you practically cringe at some of the “outfits” parents send their teenage daughters out of the house in on prom night. I know it’s a tradition to dress “grown up” and “slay” the prom but every year it seems  the outfits get shorter, more revealing and in at least a few cases each year, more disgusting. I’ve actually felt bad for a few girls who seemed to have little guidance at home by the way they arrived at prom.

This year there’s a new trend in prom fashion and it  has my heart all a flutter. I  have actually smiled so hard looking at some of this years prom outfits that you’d think I know these kids. I don’t but the idea that they are getting to know themselves warms my heart. There seems to be an abundance of teens and couples who decided to go to  prom in more traditional African inspired attire and styles. I love it.

I’d like to think some of this African inspired prom trend  was created  by the young  girl who broke the internet  last year with her prom dress. 18-year-old Keymah McEntyre took the internet by storm last year when she  wore a beautiful African inspired gown that she designed and created herself to the prom. She coupled the dress with a huge natural fro and became a instant internet sensation.

Let’s hope this is a trend that  stays and moves into  day to day dress as well.

What The Heck Is A Cardi B? The Term "Celebrity" Becomes More Confusing Daily. 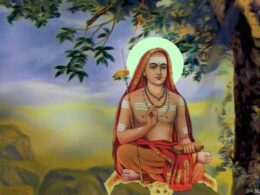 There are many issues that can affect housing in urban areas, with crowded spaces and a lack of maintenance leading to the need for costly repairs and maintenance.
byTUT Staff

Diamonds have been around for thousands of years and for good reason.
byBien Luigi

A recent survey by The Coleman Company Inc. reported that about 11% of campers were new to outdoor activities.
byTUT Staff