“I screamed,” the victim testified. “I was pretty upset. I felt really bad. A little bit betrayed and confused at the same time. It was terrible — a pain I’ve never felt.” The mentally disabled victim told the court in a preliminary hearing.

Facts  to know about the case:

3  white male students have been charged with sexually  assaulting a mentally disabled Black  student at Dietrich High School in Idaho.  The  students are all accused of luring the victim into a “hug” that resulted in him being held down and sodomized with a hanger. John R.K. Howard age 18, Tanner Ward, 17 and another unnamed 17 year old student are alleged to  have  attacked the victim in the school’s locker room in late October 2015. All 4 students  are  members of the  school’s football team.

Dietrich, Idaho is a small town of 334 residents and  is predominately white. Black residents make up approximately 0.05% of the population. The victim is  one of  very few Black students at the local high school.

The victim, who testified  recently in  a preliminary hearing told the court that  when one of his teammates stretched out his arms he thought he wanted a hug. Once  he  moved in to hug the teammate  he  was  restrained and  held to the ground where Tanner Ward then shoved a hanger up his rectum forcibly and  John R.K. Howard kicked the hanger  inside him further multiple  times.

The brutal attack  was the end result of  months of  torture a 10 million dollar  lawsuit filed by the  victim’s parents claims.

“Mr. Howard is a large and aggressive male who had been sent to live with his relatives in Idaho due to his inability to keep out of trouble in Texas,” it reads. “Mr. Howard is a relative of prominent individuals in the community and, at least in part due to his athletic ability and community connections, the Defendants ignored or were deliberately indifferent to the behavior of Mr. Howard which included aggression, taunting and bullying of The Plaintiff and other students in the District. With deliberate indifference, the Defendants did nothing to curb the vicious acts of Mr. Howard who brought with him from Texas a culture of racial hatred towards the Plaintiff.”

“I screamed,” the victim testified.  “I was pretty upset. I felt really bad. A little bit betrayed and confused at the same time. It was terrible — a pain I’ve never felt.” The mentally disabled victim told the court in a preliminary hearing.

One  student  who testified in the preliminary  hearing  was a witness to the sexual assault on  school grounds.

The teen told the court he is a teammate of the four boys and was inside the locker room after the team’s practice Oct. 22. He testified Ward initiated the attack using a hanger, which Howard then kicked “five or six” times. The witness said he couldn’t remember if either attacker said anything but remembered them both laughing at the boy, “who looked like he was in pain.”

The  student continued on to say that  he and his mother  reported the  attack the following day. He says was interviewed within a week by  School District Superintendent Ben Hardcastle and Dietrich High School Principal Stephanie Shaw.

The were a few differences in the testimony of the victim and a witness who was present. Ward’s defense attorney argued that the charges should be dropped but the judge decided to continue on with the case. “The evidence is conflicted on detail,” the judge said. “But the essential element was established by (the victim). I am going to bind it over.”

A little over a week after the attack the Dietrich School District sent a letter home to the parents of the high school. The letter read:

“With regard to student discipline and student rights it is rare that we make a statement to all parents about an allegation that does not affect the entire student body,” the letter said. “However, due to the large amount of media coverage regarding the allegations about an incident happening at the school, we feel that it is important that you be assured that we are working on proper handling of the situation. There have been allegations made of wrongdoing between students. Those allegations have been investigated with great effort by Mrs. Shaw and Mr. Hardcastle. We have worked to follow proper protocol to protect students and student information regarding involvement or any actions taken by the district. We have also pledged our full cooperation to law enforcement. As such, there will likely be police interviews with some high school students. We do not know with whom they will wish to speak, but we are working with them to try to minimize disruption to the school and ensure parent notification and involvement in the interview process. We thank you for your trust and patience. If you have any questions or concerns, please contact Mr. Hardcastle or Mrs. Shaw.”

The suit also stipulates  10 individuals “whose true and correct identities are not yet known to the plaintiff,” will be added to the suit later. The suit seeks damages “of not less than $10 million,” declaration that school officials violated the plaintiff’s constitutional rights, punitive damages as decided by the court or a jury and “any and all other appropriate relief.”

The lawsuit identifies John R.K. Howard as the ringleader of the  group who have been tormenting their mentally disabled teammate. Over the course of the school year there  have  been a slew of  malicious  incidents and attacks leading up to the  alleged sexual assault. The suit alleges that

Leaving the preliminary hearing the victims parents told the Times-News outside the courthouse Friday they were proud of the courage their son showed and happy with the outcome of the hearing.

Woman Raped On D.C. Metro During Rush Hour Police Say. Do You Believe The Official Story? I don't.

At least 24 people are dead and the lives of hundreds more changed forever as heavy rain flooded west Virginia over the last two days. The floods have destroyed over 100 homes and knocked out power to tens of thousands more.
byMelony Hill 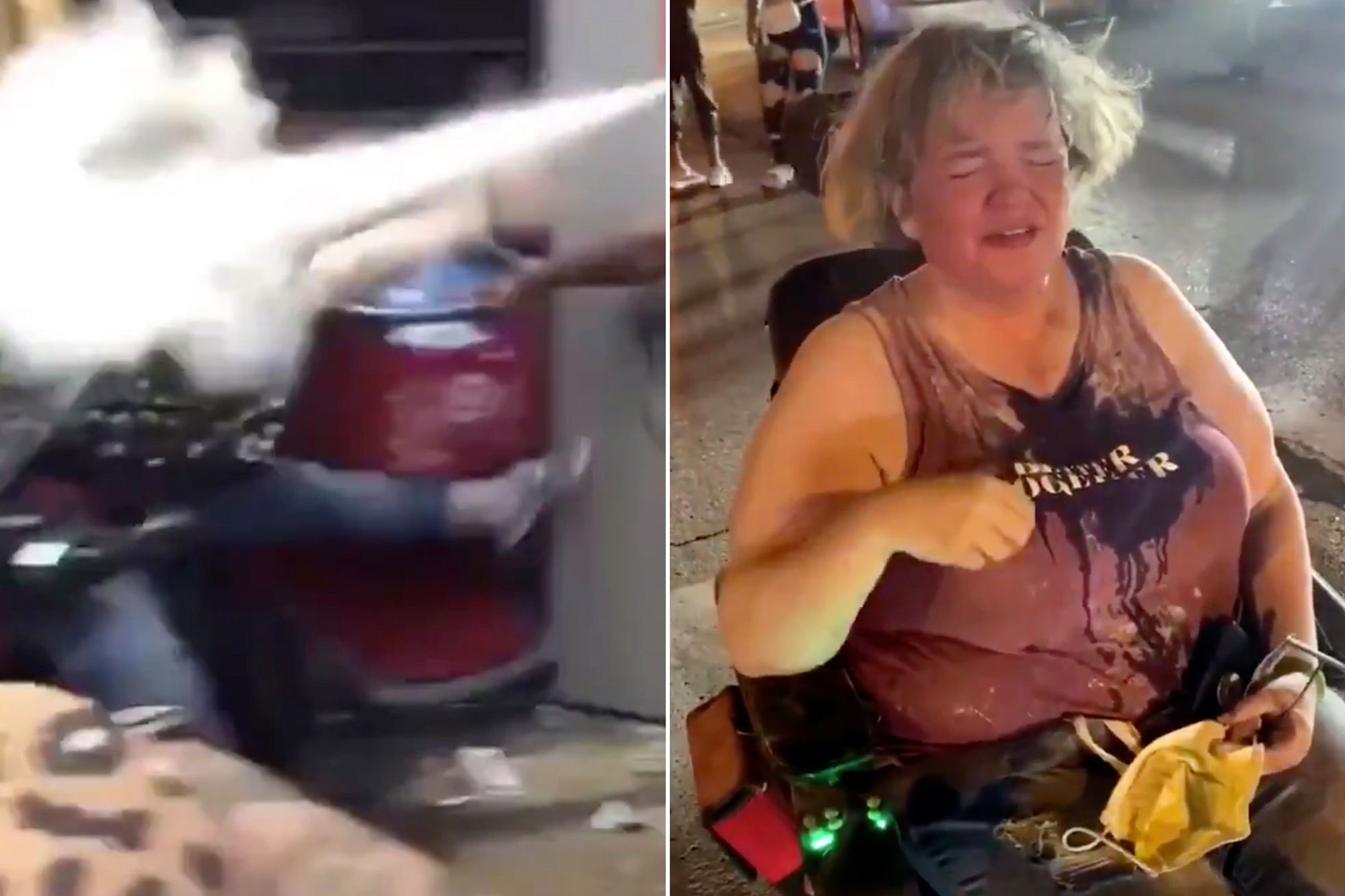 Woman In ‘Wheelchair’ Sprayed With Fire Extinguisher By Demonstrators; Claimed She Was Wielding A Knife To Stop The Looting

Some saw the video as a brutal attack on a disabled woman, others saw her as the aggressor and the fire extinguisher as an act of self-defense.
byBien Luigi