#ArtistTalk: It’s All Good With This “Sisterhood” as Cast Members of Reality Show Breaks Down What’s Next For Them

The lovely ladies of Oxygen's reality show "Sisterhood of Hip Hop" answer a few questions about their upcoming season and shed some light on what they're planning to do next in their musical careers.

I got to sit down with the ladies and they got to explain why this upcoming season is worth the watch.

So just what can you expect from these ladies in season 3? Well, while Diamond is struggling with her label and man, she decides to take control by launching a new fashion line, hoping it will generate the money needed for freedom in her personal and professional life. 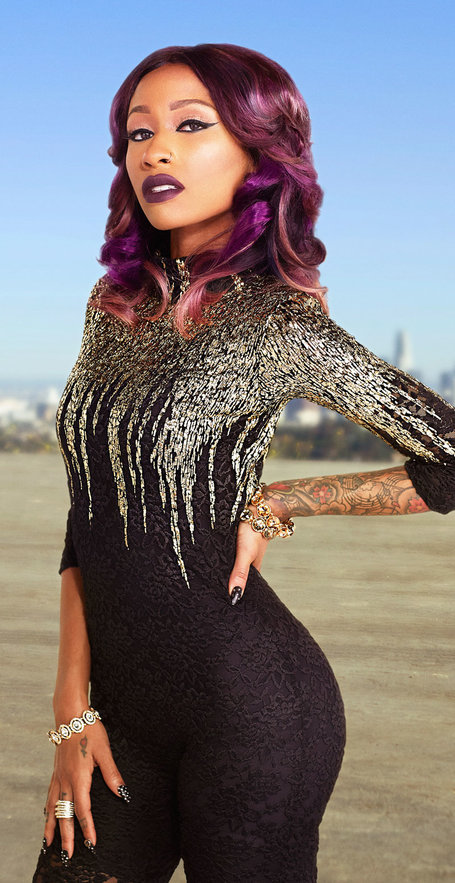 Purple is the color of Royalty, how did you become the Queen of Hip Hop and what does it mean to you when labeled a “Boss Ass Bitch?”

Self-value makes you a queen, we’re all queens but I would say consistency is key.

When you win your Grammy, who do you hope presents it to you and why?

Ice Cube and Jay-Z. Jay-Z has shown and proven time after time that you can use your artistry to build yourself into a brand, and make yourself a business/businessman. Ice Cube not only is he an artist but an activist for our community. He is always enlightening and empowering our people on who we are, where we come from and the goals we can achieve. He is another great example of consistency as he continues to evolve with that same message whether it’s music or film.

If you could present a Grammy to anyone, who would it be & why?

I would like to present a Grammy to J. Cole. He uses his talent as a guide for the youth to talk about our community and the world we live in he is a new generation piece of that original Hip Hop every time he delivers lyrically, he paints the picture of a strong young black man in America, and the obstacles we’re faced with in society and overcoming them. His rhythm and harmonies deliver straight from the heart to the souls.

Meet the new femcee (Female MC), Lee Mazin a driven multi-talented music artist about to make it upon the national stage, but does she have what it takes? Which is to decide if it’s worth leaving her family and her home. 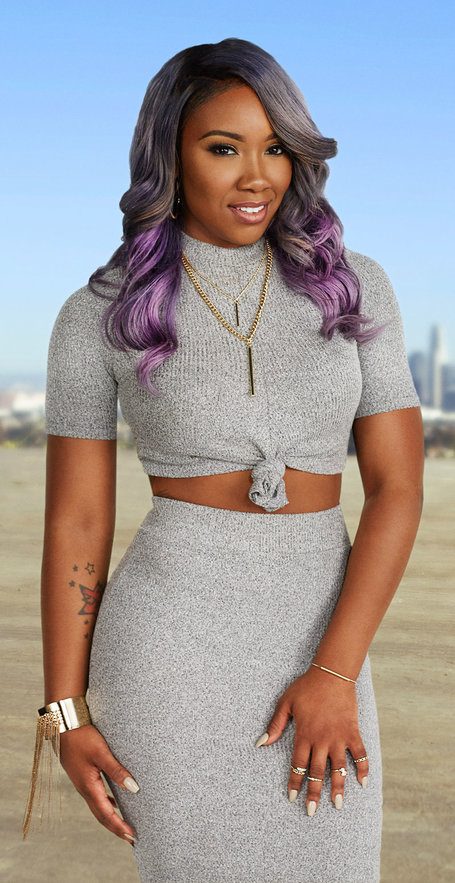 Why did you want to be a part of Sisterhood of Hip-Hop Season 3?

I thought it would be a great platform for the world to see how I got to where I am today, and to see my journey, on my way to the top.

How did you get on the show?

They called me and asked if I was interested in being on the show.

What was your audition like or did the producers just reach out to you?

The producers reached out to me.

What is something that you would like to change in the music entertainment and how would it benefit the industry?

I would like to unify female artists! There are so many great artists, and even though it’s a male-dominated industry, I know a lot of females including myself that can out rap a lot of guys. The same way that the guys collaborate on records supporting each other, we need more of that amongst the females. It would be great for the industry right now because we haven’t had a crazy united femcee movement in years, maybe in over a decade!

Meanwhile, Brianna is in the hot seat when her fans and “mom-ager,” Kiki, demand new music, which creates some serious pressure for the emcee. 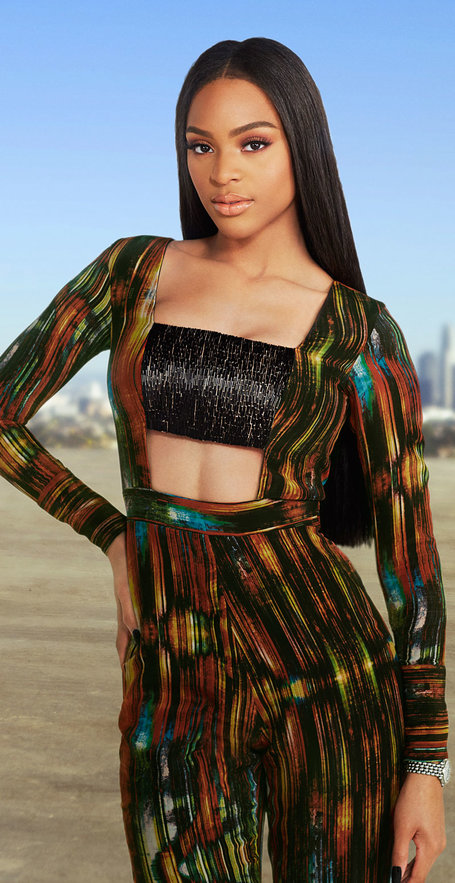 In one word describe what we can expect from you in the premiere episode of Sisterhood of Hip Hop airing July 12?

What advice can you give to women about owning their sensuality, being sexy and dominating in a male field that needs women to advertise it?

Embrace who you are …Femininity is a super power … Own it! I love being a woman.

Described as “Ratchet Soul,” Audra the Rapper’s sound is raw, unapologetic and often emotional. Audra the Rapper’s path to hip hop was an unlikely one. Born in Washington D.C., and raised in Richmond, Virginia to a single mother and grandmother, Audra was forbidden to listen to rap music because of its often-violent nature. 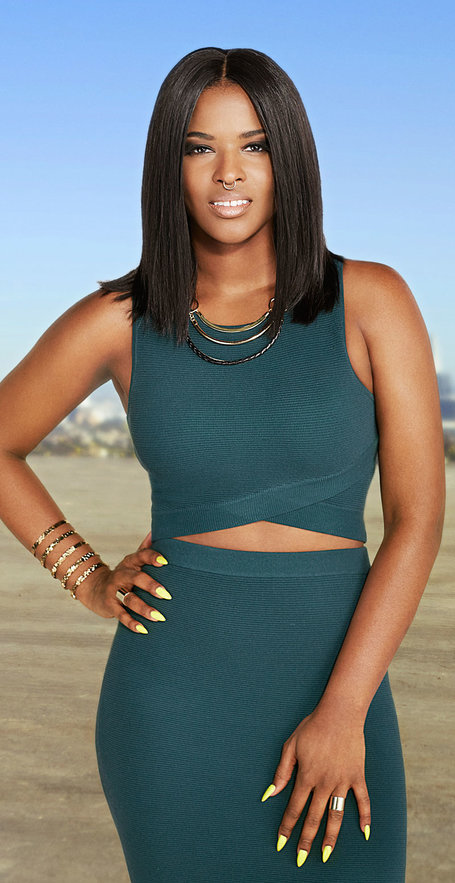 What is the story behind your first single, Sweet and Sour? How did the lyrics and title come about?

Sweet and Sour was the title of my first mixtape that I released at 16 years old. Me and a few of my close girlfriends would drive around to different car washes and malls in Petersburg and Richmond, VA and sell them for $5 out of the trunk.

Everything about that first project just came so naturally. It was my first take at exploring my views of the world and relationships through music. The title was how I saw myself, A little sweet and a little sour…it’s still how I view myself but evolved.

Your upcoming album will be filled with unapologetic anti-love songs. Described as Ratchet Soul, raw and emotional, what do you want the audience to talk away from the lyrics?

My upcoming project is called AntiLoveSongs, but the title is more so about the feel of the music than the actual messaging. By no means am I against love. What I would want someone to take away from this new music is that there are levels to love and not all of them are bliss but it’s all real. Even the most hurtful and painful moments can be healthy. I’ve grown to have an appreciation for those moments and those are the moments that inspire me the most. This project is me talking myself through those times and recognizing how necessary “the other side of love” is.

Siya delivers in her new mixtape What Never Happened, which serves as the proper follow-up to Better Late Than Never. While staying loyal to her fan base with songs & videos in the interim, Siya is eager to deliver the full-length they’ve been patiently waiting for! 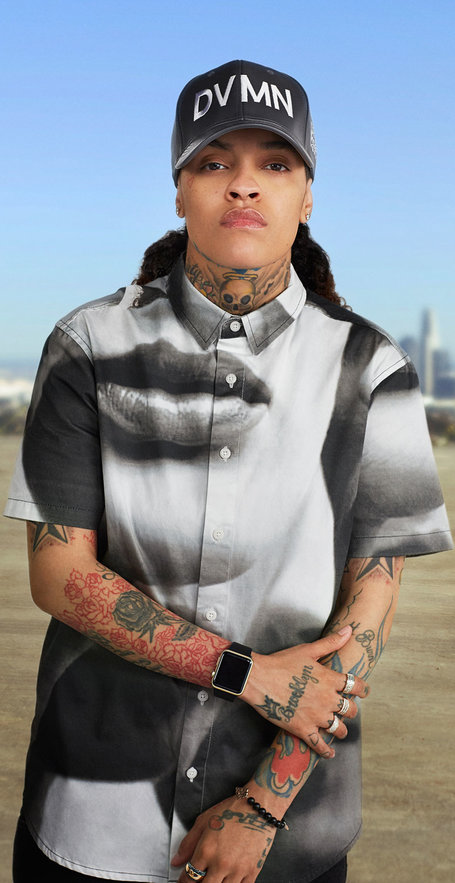 You can catch every episode of Sisterhood of Hip Hop every Tuesday night at 8pm ET/PT on Oxygen.

T.I. And Tiny’s Los Angeles Sexual Assault Case Was Dismissed As They Continue To Deny The Accusations

T.I. and Tiny Add Another One To Their Brood!