How Dangerous is the Zika Virus?

The Zika virus, which has affected more than 60 countries and countries to date, has –in the last 12 years- spread to the Americas. With an epidemic breaking out in Brazil in early 2015, the disease has recently been discovered in Florida.

The Zika virus is a virus belonging to the Flaviviridae family (the same virus family as Dengue fever and Yellow fever), that gets its name from the Zika forest in Uganda, where the virus was first isolated in a rhesus monkey in 1947.

The Zika virus is transmitted primarily through Aedes mosquitoes (known for their black and white markings and diurnal biting habits), but can also be transmitted sexually (though this is a much rarer form of transmission).

The main point of concern amongst the medical community when it comes to the Zika virus is that it can spread from mother to foetus during pregnancy, causing Microcephaly (a congenital condition associated with incomplete brain development and an abnormal small of the head); though this occurs in about 1% of cases. Pregnant women are most at risk during their first trimester.

The Zika virus is mostly harmless; in 60-80% of cases, the virus is symptomless and frequently goes undetected.  In the minority of cases in which the Zika virus exhibits symptoms, treatments rarely extend beyond plenty of rest, paracetamol, and fluids.

Symptoms –when they do appear- are usually mild, and may be similar to a mild case of Dengue fever. Lasting just 4-7 days, the most common symptoms are fever, soreness of the joints, skin rash, muscle pain, conjunctivitis (without discharge) and red eyes.

On occasion, symptoms may include abdominal pain, nausea, and diarrhoea. Symptoms tend to appear within 2-12 days of infection, and rarely last longer than a week. Often, symptoms are difficult to distinguish from Dengue fever and Chikungunya.

Outbreaks are usually very short-lived and sporadic, which is part of the reason that although the disease has been known since the 40’s, it has rarely generated a great deal of media attention.

How is the disease spread?

Florida health officials, in tandem with the Center for Disease Control and Prevention, have been investigating four cases of Zika that have been acquired without travelling to areas in which the disease is prevalent. These are believed to have been transmitted by Aedes Aegypti mosquitoes, which have been found in Miami, Florida and other locations across the U.S.

Aedes mosquitoes are a somewhat unusual breed, in that they feed during the day rather than at night, and thrive in moist areas with small bodies of water in which they can live. The spread of Aedes Aegypti mosquitoes is believed to be caused in part by the illegal dumping of tyres.

Old tyres provide the perfect environment for Aedes Aegypti mosquitoes to live and breed, holding small reservoirs of water, and providing insulation from the cold.

How can we limit the spread of the Zika virus?

The spread of Zika –and its effects- can be minimised drastically with some simple precautions. First world countries such as the U.S already benefit from better housing construction, air conditioning, use of window and door screens, as well as agencies of mosquito control, help to eliminate and reduce the spread of mosquito-borne infections.

To reduce your likelihood of contracting Zika, follow these precautions:

Apply mosquito repellent during the mornings and evenings (these are the times at which the Aedes Aegypti mosquitoes are most active). Other deterrents include mosquito coils, mosquito nets, and bug lights.

Remove small bodies of water from in or around your home

Keep your yard clean and manicured

Getting rid of debris and maintaining the vegetation in your yard (keeping grass and bushes trimmed), will improve air flow and remove the environment in which mosquitoes can live.

Put screens and nets on windows and doors

Putting up mosquito nets will drastically reduce the presence of mosquitoes in your house.

Keeping your home cool helps to ward off mosquitoes, who prefer a warmer environment.

Though sexual transmission of the disease is extremely rare, it is always wise to practice safe sex. The Zika virus can live longer in semen than in saliva, blood or vaginal fluid, so it’s important to use condoms if you’re in an area where Zika is prevalent.

If you’ve contracted the disease or been exposed to it at some point, it is recommended that you avoid unprotected sex for at least 6 months.

Stay away from disease prevalent areas during pregnancy

Pregnant women are most at risk during the first trimester of their pregnancy, and though there is only a 1% chance that the Zika virus is likely to cause complications during pregnancy, it is strongly recommended that if you contract the virus or are exposed to it, you wait at least 8 weeks before trying for a baby.

Magnesium oil is known to have several health benefits to the user and thus makes it one organic substance sought out online.
byTUT Staff 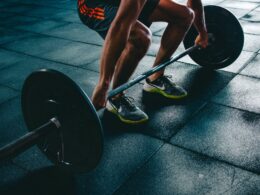 What is Winstrol? Oral or Injectable?

Winstrol is a supplement for bodybuilders, designed to mimic the benefits of Winstrol, but without causing any negative…
byTUT Staff

A third of teens think smoking weed and driving is legal

New numbers reveal a shocking misconception: about one-third of teens surveyed think it's legal to drive under the influence of marijuana. The truth: it's not legal and it's dangerous!
byBrennen Jones

Growing your own Vegetables: is it Worth the Hassle?

It’s a brand new year and taking care of your body is probably on the top of your new year's resolutions.
byTUT Staff