Prayers are going out to Toya Wright and family. Two of Wright’s Brothers, Rudy and Josh Johnson, were gunned down in New Orleans early Sunday morning.

Prayers are going out to Toya Wright and family. Two of Wright’s Brothers, Rudy and Josh Johnson, were gunned down in New Orleans early Sunday morning. Toya Wright got her reality t.v. start as the ex wife of rapper Lil Wayne and best friend of former X-Scape singer, Tiny, who is married to the rapper T.I. Toya and Lil Wayne share a daughter, Reginae, who must be grieving heavily as news of her uncles passing spreads across the internet.

Regina lamented the deaths on Instagram, posting a photo of Rudy (Ryan) and calling him her “brother”. The teen shared her grief over the loss of both of her uncles.

The brothers were murdered while sitting in a parked vehicle in their hometown.

The two young men were discovered shortly after midnight Sunday inside a car near the corner of Pauger and North Miro streets in the city’s 7th Ward. Both had been shot multiple times and pronounced dead at the scene, a New Orleans police officer told reporters.

Toya just finished starring in Marriage Boot Camp: Reality Stars with her soon to be ex husband Memphitz. Toya Wright also a musician, author and boutique owner.. Shortly before news of her brothers body being found broke, Wright had posted online that she was in Baton Rouge for a show. When the news broke of the murders she was onstage and immediately ended her set according to The Breakfast Club.

Last year Rudy and Toya had a public family beef that erupted when Rudy posted the following on Instagram.

The two had recently made up with Rudy posting this photo to his IG recently. His followers have flooded his page and posts with R.I.P.’s and condolences.

This  story will be updated as more information is  released.

'Beauty and the Beast' Live-Action French Film Coming to the U.S.

At least 231 are dead in what is now the deadliest attack in Somalia's history.
byTUT Staff 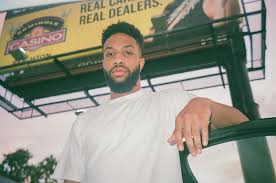 Drew Vision has worked with some of the biggest names in music: Beyonce, Kanye West and Justin Timberlake. And he's just getting started.
byVictoria Johnson