The body of a 27-year-old Google employee, Vanessa Marcotte, was found nude and burned in a wooded area in Princeton, Massachusetts just four hours after going for a jog.

Marcotte, who is an account manager for Google in New York, flew to Massachusetts to visit family.

She made plans to leave Sunday, August 7 but just before heading out, Marcotte opted to go for a jog around 4 p.m.

When the Boston University graduate failed to return, her family began to fret over her disappearance and contacted Princeton police.

An hours-long search began for the missing woman, but came to a poignant end around 8:20 p.m. when a State Police K-9 unit found her body in a wooded area “off Brooks Station Road, a half-mile from her mother’s house.”

Officers at the scene say they found the body of the Google employee stripped naked and burned.

There were indications that she had been sexually assaulted, but that has yet to be confirmed.

It is also unknown how the victim was killed or who is responsible for the joggers’ death, but the following day, police were “seen combing through the woods and scanning the ground” for clues.

A local resident, who opted to remain anonymous, stated that state police officers knocked on her door around 1:30 a.m., questioning her about the death of the Google employee.

The woman assured police that she and her husband did not “see or hear anything unusual.”

However, she added: “I can see how, maybe, she was walking or jogging by one of these properties, or even in front of my house, and someone could grab her and bring her right into the woods.”

During a conference on Monday, Worcester District Attorney Joseph Early Jr. stated that due to the circumstances surrounding the Google employee’s death, investigators are treating it as a homicide.

As of now, Princeton police officials are not sure if the murder was a “random act”
or if Marcotte may have been targeted as a similar incident occurred just days before the jogger was found dead.

Early warns Princeton residents, stating that “people should be concerned. We’re asking the residents of Princeton to use an abundance of caution, and to be careful and vigilant.” 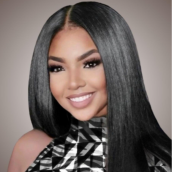 Angelica N. Sumter is a Florida-based writer with a decade of experience in covering true crime, missing people, and cold cases. She is the owner and founder of www.TheCriminalJournal.com.