“Feminism” – the literal or the Google meaning of the word means ‘a range of political movements, ideologies, and social movements that share a common goal: to define, establish, and achieve political, economic, personal, and social rights for women that are equal to those of men. But is the movement achieving its goal? It is just a word now that many uses for all the wrong reasons. And what is the meaning of Feminism as per the so called ‘feminist’ nowadays? To take control over everything, where is gender equality then?

Feminism nowadays is gone a bit too far. The movement that was started for the equal rights of women is now all about nudity, encouraging obesity in the name of body shaming, criticizing men for everything etc., instead of fighting for the equal rights of women in education, wage rate, social rights and slamming honor killing. The irony is, the movement that was started to remove the gender inequality is now itself criticized for sexism. Imagine a man shouting “it’s a man world out there!” soon he would be backlashed by every other woman for promoting patriarchy. But if a woman shouts, “women are ruling the world!” she would be highly appreciated for that and slogans like YOU GO, GIRL! gets viral. Isn’t this hypocrisy?

The weight of double standards and hypocrisy in Feminism is way too high. For instance, the other day I saw a video on Facebook about starting a campaign on ‘women empowerment’ of #saynotomakeup. The video was about how according to a survey, women with makeup tends to get promotion in comparison to women without makeup. It’s all good on how one should feel comfortable and beautiful in her own skin, but what about indirectly shaming the women who’re in makeup by her own choice? And don’t this whole campaign concludes that if a woman is getting a promotion, it’s because of her makeup and not of the skills or the hard work she has done? How is THAT empowering women?

Talking about Body-shaming, how is encouraging obesity empowering women? Obesity is a problem that should be taken care of, so instead of promoting that why don’t we stimulate a healthy life!

Talking about slut-shaming, if sleeping with whomever we want is not considered to be wrong and is all about our choice, why is there an exception for men? if a woman does it, it’s her choice. If a man does it, it’s his fault and is slapped publicly? ( say gender equality again, huh?)

A Texas-Based Company Claims it Has Created the Coronavirus Vaccine

It’s true that there are places where women need to get out of their shell and conquer the world, but that should be done as an individual and for the sake of themselves and an inspiration for others. Not to degrade the opposite gender.

It’s true that there are many instances where a woman is degraded in the society for all the wrong reason but is blaming all the men and slamming the whole of mankind right? Its high time now that instead of being a feminist or patriarchal, people should start working as an individual, because in the race of fighting for sexism we are just getting tangled in the trap of being a sexist. 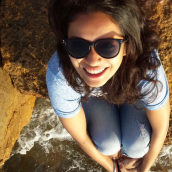 Once-lost-newly-found budding writer who holds her pen with great pride while writing about satire, sarcasm and social issues. She loves to read while she is not writing and appreciates all constructive criticism coming all along...

Back Pain: Does Gender Play a Role?