After months on the campaign trail, Hillary Clinton released a copy of her 2015 tax return to the public Friday.

Her action to comply with the 40-year bipartisan tradition aims to showcase not only a level transparency, but also accountability.

In 2015, the Clinton’s earned $10.6 million, compared to the nearly $28 million raked in during the previous year.

Their shared tax return shows that they paid $3.24 million in federal income taxes. That means the Clintons undertook a 30.6-percent tax burden, based on their adjusted gross income. Records show their contributions nearly match the 32-percent effective rate, set in 2014.

The Clinton’s adhere to the Buffet Rule, a taxing measure that Hillary intends to impose if elected president. Under that rule, any taxpayer that earns more than $1 million pays a minimum of 30-percent in federal income taxes.

The Clinton’s primarily make their money in two ways: writing and speaking.

Together, they made $6.7 million in speaking fees. Those earnings are well below the roughly $20 million that the couple made the year before.

Her husband raked in nearly $1.7 million through his consulting business.

The couple also received $226,000 in pension and annuities. As a former U.S. president, Bill Clinton is entitled to a pension, valued at a little more than $200,000 a year.

The couple contributed $1 million in donations to their private Clinton Family Foundation, which is different than the Clinton Foundation that has been the subject of scrutiny.

To date, Clinton has now released 39 years’ worth of tax returns over the course of her career, with the new release of her income taxes for 2015.

Her opponent Donald Trump has not yet released any of his tax forms.

Trump says he’s not releasing them because he’s under audit, and said he may provide them when it’s complete. However, experts say there is nothing wrong with releasing one’s tax records, while an audit is being performed.

Seeing Trump deny the public the access to his tax records leaves some to question the size of his fortune.

Others wonder if Trump is holding out to hide the idea that he allegedly pays little in income taxes.

It appears that Clinton’s running mate, Tim Kaine, has followed tradition by releasing 10 years worth of tax forms. In 2015, Kaine and his wife, Anne, reported $313,441 in adjusted gross income and paid nearly $63,000 in federal income taxes. That contribution puts their effective rate at 20-percent. Through their salaries in large part, the couple raked in an income, valued at nearly $312,000.

It remains unclear what, if any, records that Trump’s running mate, Mike Pence, will release. 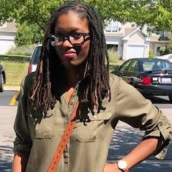 My name is Megann Horstead, and I'm a writer near Chicago. I have a lot of interest in blogging about topics in politics, government and current events. Feel free to follow me on Twitter via @MegannHorstead

How to Save Money by Ordering Prescription Drugs Online