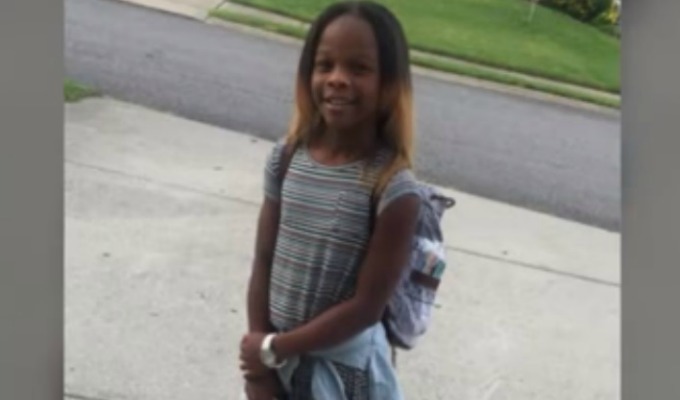 An 11-year-old girl, Timea Batts, in Nashville, Tennessee was shot by her father after returning home from her first day at Knox Doss Middle School at an earlier time when she startled him, police say.

On Monday, August 8, 29-year-old Timothy Batts was asleep in his home when he was awakened by a strange sound.

Timothy Batts has a bond hearing Friday. This comes after over 7,000 people signed a petition to reduce it @NC5 pic.twitter.com/qYMshU127O

Fearing for his life, Batts reportedly grabbed a gun from a dresser in his bedroom and asked several times “who was there,” but there was no answer.

Timea was hiding from her father in hopes of jumping out and scaring him, but as she did so, the Nashville father allegedly opened fire.

The Nashville father shot the girl once, but it was not immediately clear if she struck in the torso or in the chest.

When Batts realized that he shot his daughter, he rushed her to the TriStar Hendersonville Medical Center.

Due to the severity of Timea’s condition, she was flown to the Vanderbilt University Medical Center, where doctors tried desperately to save her life, but it was to no avail.

Witnesses testify Timothy Batts has a past but say "we al have a past". Atty says $1m bond is excessive. pic.twitter.com/lYvecsGXRu

The father initially told police that someone shot his daughter before returning home from school, but when police searched the home, they discovered evidence that indicates the child was “shot in the home.”

The following day, Batts contacted Nashville police and admitted to giving false information about the death of his daughter.

He confessed to unintentionally shooting his daughter, which resulted in death after she returned from school at an earlier time, and startled him.

Nashville police arrested the father and charged him with “reckless homicide, tampering with evidence, false reporting, and being a felon in possession of a firearm.”

After learning the preteen had been fatally shot by her father, the Sumner County School District released a statement, which stated as follows: “Timea was a bright and kind girl who was well-loved by her classmates and teachers.”

“She will be greatly missed.”

“The incident did not occur on the bus or at the bus stop,” the statement continued. “We have no reason to believe that there is any threat to student safety on any of our school campuses due to this tragic event.”

The school district also stressed that the shooting was “not school-related.”

Batts family also released a statement, stating that Batts “was the best father a child could ask for. He has always been there for Timea and his other children. Birthdays, holidays, school functions, whatever the kids were involved in, he was involved in.”

“Not even just his own but to others as well! He is an all-around stand-up guy. Regardless of his past, when it came to Timea and his children he never faltered! He is as we call him ‘The World’s Greatest Dad.”

Batts is being held at the county jail on a $1 million bond.

Stars Such as Lamar Odom,Khloe Kardashian and Wendy Williams Come Out in Support of G-Shock Watch Launch