Islam and Western culture share one thing: the need to tell women what to do with their bodies.

Five French towns, including Cannes, have banned the burkini from their beaches in the past couple of weeks, and three more are planning to follow suit.

The burkini is a full-body swimwear attire, existing out of two pieces that cover both body and head, leaving the face to be visible. It combines modesty with the practicability of a bikini. 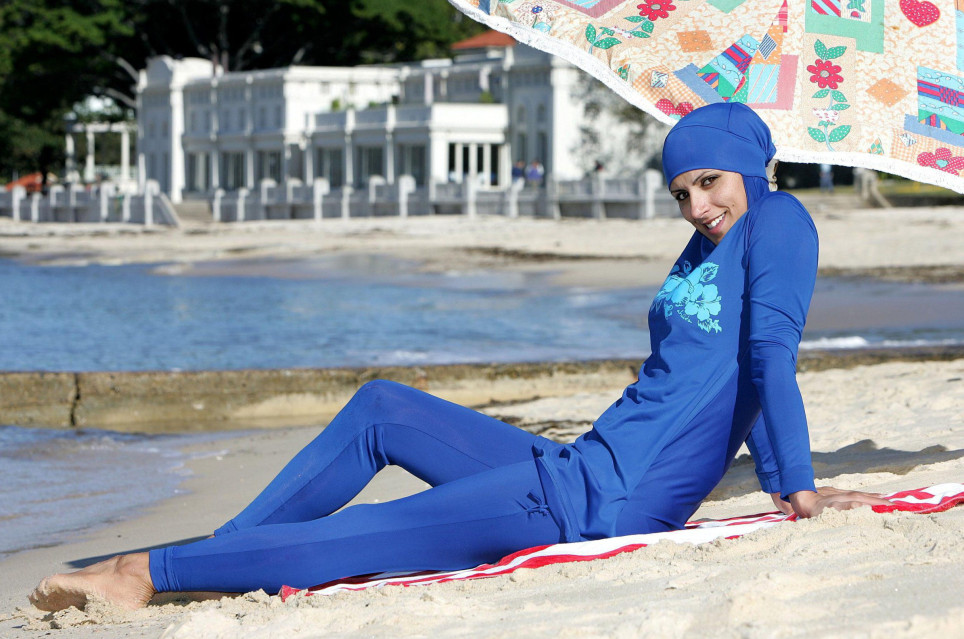 If you had to compare the burkini to something, it looks almost like the competition swimwear they wear at the Olympics. The relatively new fashion trend took off in 2006 and has been on the rise ever since.

After banning full-face veils in public places and head scarves in schools the French are now slowly banning the burkini out of their country.

Several French mayors have called the burkini a threat to public order and hygiene. Cannes mayor David Lisnar deemed burkinis a ‘symbol of Islamic extremism,’ and while with the recent terrorist attacks in mind, I understand the French are constantly on guard, this is an absolutely ridiculous statement. There has been no proof that burkinis are linked to extremism or terrorism.

Marwand Muhammed, the executive director of the Center Against Islamophobia in France and interviewed by The New York Times, actually pointed out that the burkinis are a sign that many French Muslims are relatively liberal. In traditionally Muslim countries, women are not to join men at the beach at all, let alone in the water.

The Australian Aheda Zanetti, who first created the burkini in 2004, told Newsweek that between 35 and 45 percent of her customers aren’t Muslim. “You get a lot of women that are conscious about the exposure of skin (to the sun). You get a lot of women that have just become mothers and are self-conscious,” she explained in another interview. According to Zanetti, the outfit symbolizes freedom, healthy living and confidence.

Now, don’t get me wrong. I understand why the burkini reminds people – including myself – of an age where a women’s worth was measured by her modesty, a phenomenon still dominant in a lot of countries, even in this modern day and age. It suggests that the female body is shameful and should be hidden. But those who want to ban the burkini for these reasons forget the important values of our so-called free, western society: we do not have to agree on everything in order to live next to each other and have peace.

Only Feminists Care When Boys Are Raped

“Feminism”- A Cause That’s Losing Its Motive!