Usain Bolt was pictured kissing a mysterious woman in a club before returning to the Olympic village with Jady Duarte, widow of a notorious drug lord. Bolt's girlfriend, Jamaican model Kasi Bennett did not travel to Rio with the gold medalist.

What happens in Rio does not stay in Rio, someone should have told Olympian gold medalist Usain Bolt. Bolt did more than set records on the race track in Brazil, he may have set them in the club as he celebrated his 30th birthday. Bolt was photographed and recorded freaking on and kissing multiple women in a Brazilian club, De Bracos Albertas. Although he was never pictured with her in the club, he managed to make it back to he Olympic village to be photographed in bed with Jady Duarte, widow of one of Rio De Janeiro’s most notorious drug lords. 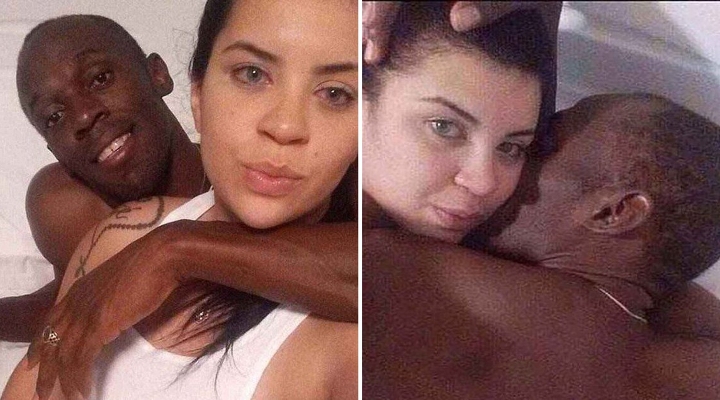 Duarte, 20 is the mother of 2 children by former gang member, Douglas Donato Pereira. Pereira was killed in a shoot out with police in March of this year. Bolt, who won 3 medals in Rio, celebrating his wins and birthday wouldn’t be news usually. However, not one of the women he grinded up on, was pictured kissing or in bed with, was his girlfriend.

Usain has been dating 26-year-old Jamaican model Kasi Bennett for two years. After photos of Bolt’s wild night surfaced on the internet Kasi’s fans and supporters have taken to leaving messages of support on the models Instagram images.

Bolt may not have known he was being photographed all night while kissing his brunette companion in the club. He may not have even noticed that he was being recorded as he danced, but the sprinter was fully alert and staring into the camera as he posed for at least one photo with Duarte. Another image of the two appears to show Bolt embracing and kissing on the young mother. The photos shared by Duarte to WhatsApp clearly showed the very distinctive headboards from the small bed in the Olympic village.

Duarte shared the photo to a group of friends on the popular messaging app along with the message “who only saw the Olympics will know who he is.” The 20-year-old was not expecting the images to go viral and her face to be plastered all over the internet within hours. Following the emergence of the photos Duarte has claimed embarrassment. “It’s very negative. I never wanted to be famous, I’m dying of shame.” she told reporters when contacted. According to Duarte, she did not even recognize the world famous Olympic medalist. “He sent security to call me, talk quickly. But at the time I did not even know it was him, because they were like many Jamaicans,” Jady has said.

Jady has not let any details slip about what went on after the photos was taken saying only, “It was not a big deal. It was normal. I’d rather not talk about it to not complicate it.”

Bolt’s older sister, Christine Bolt-Hylton, has said that her brother is no cheater. “Usain doesn’t believe in cheating. Normally when we speak he sees he is against stuff like that. He has never done this before as far as I know.” While she acknowledged that Kasi will be hurt by the photos with Duarte she thinks she would be okay with the club pics. “I’m sure Kasi will be used to it by now. She is used to seeing pictures like this,” Bolt-Hylton told reporters “People ask for pictures with him and he is always willing to have pictures. She is used to him being in the public domain.” About the photos with Duarte Christine said, “I don’t think anything happened between him and the Brazilian girl. I’m looking at the pictures and it doesn’t look like he was doing anything with her.”

Because A Japanese Mayor Bit An Olympic Gold Medal, It Had To Be Replaced

Due To A Boat Blocking The Start, The Olympic Men’s Triathlon Had To Be Restarted