We sit down for a Q&A with Robb Skyler, who portrays iconic sports broadcaster Howard Cosell in “Hands Of Stone.” He explains how he made the leap from touring the comedy circuit to becoming an Actor.

Born in Brooklyn, NY, Robb Skyler got his start in show business as a stand-up comic in his late 20s. He toured comedy clubs, universities, and did stand up for corporate gigs for 10 years before deciding to pursue his real passion, acting.

You can now catch his epic role in Hands of Stone, a film that tells the story of legendary boxer Roberto Duran (Edgar Ramirez) and his trainer Ray Arcel (Robert DeNiro), that had hit theaters August 26th. Robb Skyler portrays Howard Cosell, a sports broadcaster who announced all the major boxing matches of the 60s, 70s, and 80s.

“Cosell was also the one who informed the world, during the middle of a boxing match, that John Lennon had been killed.” 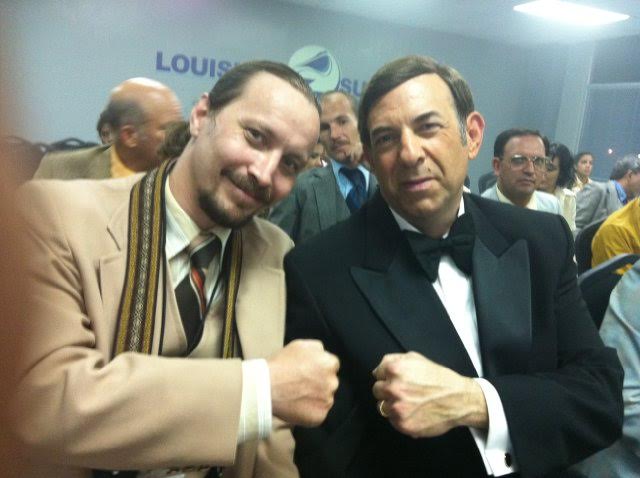 What is the story behind you finding out about “Hands of Stone” and eventually landing the role of Howard Cosell?
I fought my way into getting the audition! After that, I was put on tape for the director. He then offered me the role off of the taped audition.
How did you prepare to portray Howard Cosell?
I learned my lines; you have to look at and read the entire script to understand your “role” in the “big picture”. Then I had to find Howard’s inner voice.
Who is someone you would like to work with and why?
I would love to work with Christopher Walken. He makes every line seem so compelling and interesting. I would love to be reacting to that level of creativity.
How does working on television differ to working on movies?
I would say television is microwave and film is “slow roasted” and marinating. They’re just totally different places.
Will you ever go back to standup?
No, but I will develop a “one man show” theater piece some day.
Since “Hands of Stone” also stars Robert De Niro, do you think the film is better, or similar to, “Raging Bull”?
They are two completely different films, just like you can’t compare “Saving Private Ryan” to “Schindler’s List”.
How have your studies in psychology and business helped you in your career in the entertainment industry?
The study of human behavior is at the core of acting and psychology. The business of show business is like no other. It really is the most inequitable of all professions.
As an avid baseball fan, who will you be rooting for this year to win the World Series?
The Dodgers! And if not The Dodgers, then The Cubs!
Share
Tweet
Share

Inside the Young Soul of NAS

Ryan Gosling, Eva Mendes One of The Most Admirable Couples In Hollywood Welcome a Baby Girl