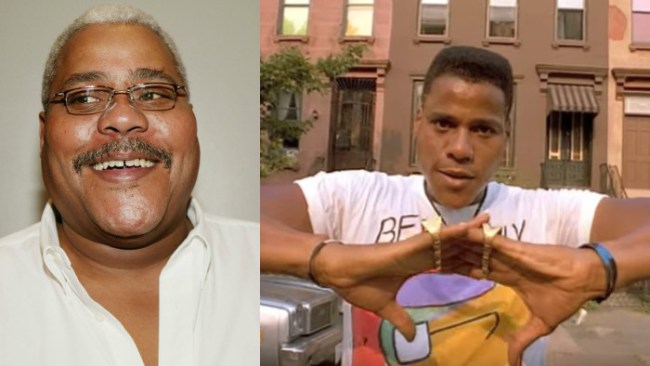 Death Comes In Threes. R.I.P. To The 3 Celebrities We Lost This Weekend.

All my life I’ve heard the saying “Death comes in threes”, many times it has appeared the statement rings true. Over the weekend we lost 3 notable  celebrities, each one  had  touched the lives of many  in a  meaningful way.

This  weekend  we  lost  a veteran actor, golfer and a young  baseball player. I’d like to take a minute to recognize them all.

While  you may recognize the  older  Nunn as Whoopie Goldberg’s  costar in Sister Act, or  from The Spiderman Trilogy, there are  many for whom Nunn will always be ‘Radio Raheem’. Nunn, a Morehouse  graduate got his acting  debut  in  Spike Lee’s “Do The Right Thing.” His  death at the  hands of police was  a turning point in the  movie and sparked conversations that are relevant  even  in today’s  society.

My Dear Friend, My Dear Morehouse Brother – Da Great Actor Bill Nunn As Most Of You Know Him As Radio Raheem Passed Away This Morning In His Hometown Of Pittsburgh. Long Live Bill NUNN. RADIO RAHEEM Is Now RESTING IN POWER. RADIO RAHEEM WILL ALWAYS BE FIGHTING DA POWERS DAT BE. MAY GOD WATCH OVER BILL NUNN.”

Nunn  continued to  act until  the  time  of his  death after a battle  with cancer. His last role  was  ‘Cash’ on the USA series Sirens. He was 62.

The  golfing  world  lost one  of it’s greats over the weekend. Arnold Palmer passed away on September 25th at the age of 87. The golfing  great is  credited with popularizing  golf with the creation of television in the 1950’s. When not playing the sport he loved, Palmer was an avid pilot  for over 50 years, logging almost 20,000 flight hours. The Arnold Palmer Regional Airport in Latrobe, PA is  named after him.

Upon hearing of  his  passing fellow veteran  golfer Jack Nicklaus mourned his longtime friend. “I was shocked to hear that we lost a great friend — and that golf lost a great friend,” Nicklaus said in a statement. “We just lost one of the incredible people in the game of golf and in all of sports.”

Baseball fans and players both are  mourning the  tragic and sudden  death of  24-yea-old Miami Marlins pitcher, Jose Fernandez. The  Cuban born Fernanadez was killed  yesterday in a boating  accident  in Miami. The accident also killed two  of his friends.

Florida Fish and Wildlife Conservation Commission spokesman Lorenzo Veloz calls Fernándezs’ death a loss to Miami,  baseball and to anyone who ever met him.

“He was pillar to our community. He was involved in everything that he could be to give back,” Veloz said. “I had the experience of talking to him several times — down-to-earth, great person … I’m sorry I’m getting goosebumps right now. It’s really hitting home and it’s horrible.”

The Mariners canceled their  game  yesterday and held a press conference  mourning the young player. “The magnanimity of his personality transcended culture, religion and race, I mean it just did,” Marlins President David Samson told reporters.